Bitcoin’s price drop since February means that the number of Google searches for “Bitcoin” have seen a similar fall.

After the February’s crypto market slump that brought Bitcoin (BTC) below $7000, the number of Google searches for “Bitcoin” has dropped to the lowest levels since October of last year. 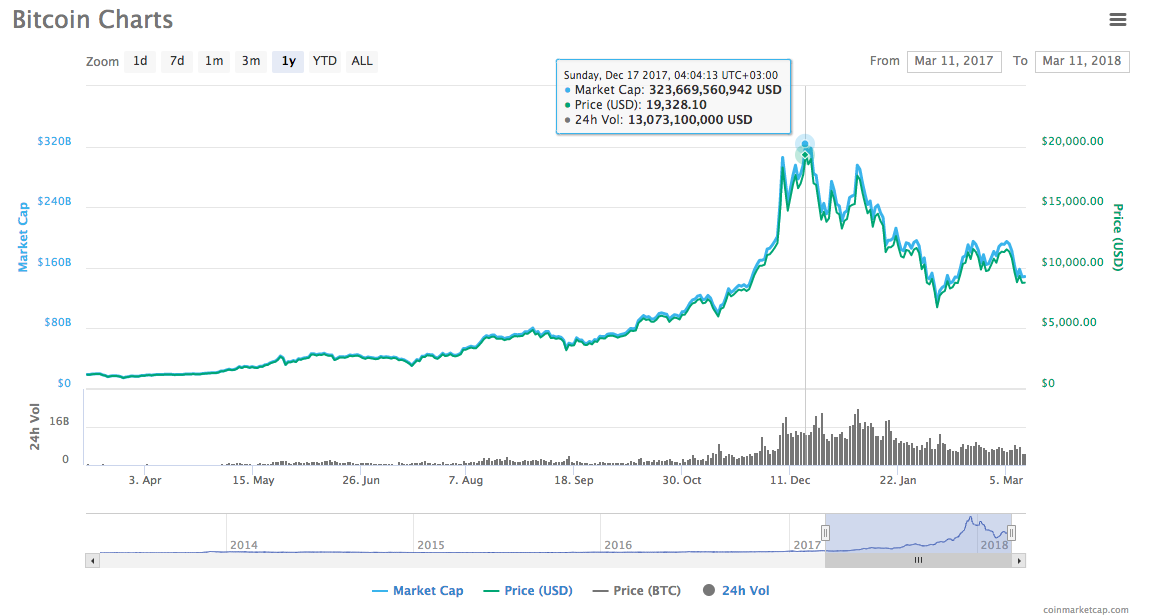 Google Trends shows that searches for “Bitcoin” were the most popular between December 17-23, coinciding with Bitcoin’s price rising to above $20,000 for the first time on December 17, 2017.

However, since mid-February, searches for “Bitcoin” have gone downhill, leaving the search term with a score of 19 for the first half of March -- meaning that the search is only a 19th as popular as it was in December at its peak.

According to Google Trends, “Bitcoin” had a score of 19 in the first week of October 2017, when its price was around $4300 according to data from CoinMarketCap.

Reports that a former Mt. Gox trustee had sold $400 mln worth of BTC over a period from December through February suggest that BTC’s continuing slump and this large sell off are connected.