A new painting series allows anyone the chance to try to solve its abstract puzzles, with access to cryptocurrencies as a reward to finding the private key.

Artist Andy Bauch’s new painting series “New Money,” combines art and crypto by hiding abstract codes in his Lego artwork, the paintings representing the private keys to wallets containing as much as $9000 worth of cryptocurrencies each, Gizmodo reported Friday, March 23. 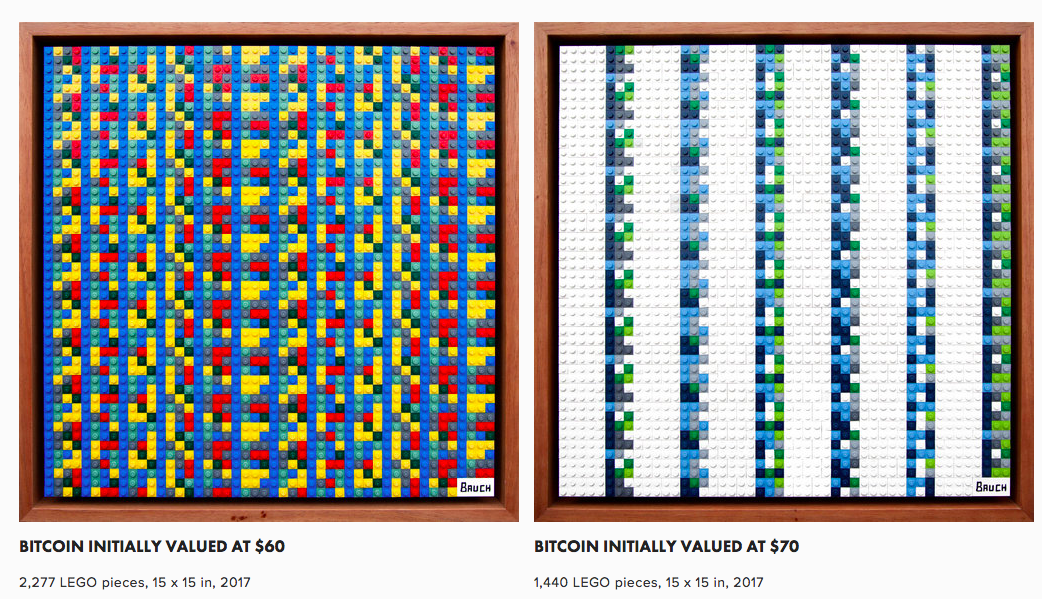 Buying this piece does not mean that you own the private key, as anyone who figures out the code will be able to take the money for themselves. However, Bauch told Gizmodo that he will give the purchaser of any painting “a hint.”

The exhibit, which will be displayed at the Castelli Art Space in Los Angeles from March 23-25, also contains a live feed of the changing prices of the money in each private key.

As of press time, all of the crypto appears to still be in each wallet, meaning that either no one has cracked any of the codes, or perhaps just not moved the money yet. Each painting is on sale for between $1,500 and $4,800, the price not reflecting the value of its private key wallet holdings.

Bauch told Gizmodo that while he had become interested in crypto back in 2013: “I wasn’t smart enough to buy enough to have f***-you money.” For this particular art project, Bauch began buying various cryptocurrencies, including Bitcoin (BTC) and Litecoin (LTC), in 2016. He then used their private keys to generate an abstract pattern through an algorithm, allowing for his own personal aesthetic changes as long as it kept the secret code valid.

According to Bauch, his work often attempts to “span this gap that often exists between new technology and humanity.”

Blockchain, the technology behind cryptocurrencies, could help artists in claiming ownership over their projects, according to Daniel Zhai, the CEO of the INK platform. Zhai spoke to Cointelegraph in December of last year about the potential for his Blockchain-based platform to also help artists tokenize their projects, as well as offer a space for crypto crowdfunding.