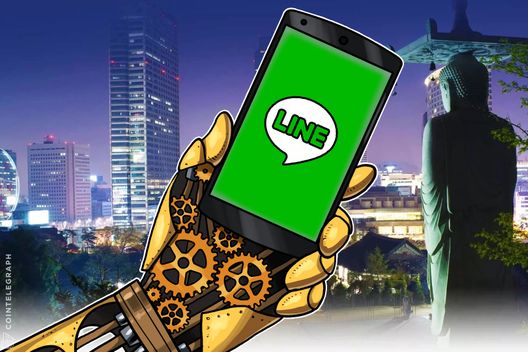 Line Plus, the mobile platform subsidiary of Japan’s most popular messaging app Line, launched its Blockchain affiliate, Unblock, in South Korea on April 2.

Unblock is tasked with integrating Blockchain technologies into Line’s cross-market system. Line is reported to have over 214 mln active users, with 30 mln in Japan already using its mobile payment service, Line Pay.

"The establishment of Unblock signals we are ready to invest in order to play a leading role in the blockchain industry,” a Line official said. He singled out "token economy design” as something the company is keen to pursue.

In January, Line established Line Financial Corp. in Tokyo to start a crypto exchange, insurance, and loan platform. The subsidiary filed its application for registration as a virtual currency exchange in January with Japan’s Financial Services Agency (FSA).

Line is owned by Korean Internet search giant Naver, but established its base in Tokyo to fend off competition from its Korean competitor, Kakao.

Japan and South Korea have emerged as two of the leading players in the Asian cryptocurrency market, following China’s regulatory clampdown last year.

Japan is estimated to have the second largest crypto user base in the world after the US, and has recognised BTC payments since March 2017. The country’s FSA started issuing licenses for crypto exchanges in September. In the wake of January's $532 mln hack of Japanese exchange Coincheck, stricter regulation and FSA inspections are changing the cryptocurrency landscape.

The South Korean crypto user base comes in third worldwide, with Beijing-born exchange giant Huobi launching a Korean subsidiary March 30. Korean crypto fever once resulted in altcoins trading 30% above other countries, although this so-called “Kimchi-Premium” diminished earlier this year. The regulatory forecast remains uncertain, with a new taxation framework for the crypto space due to be unveiled in June.