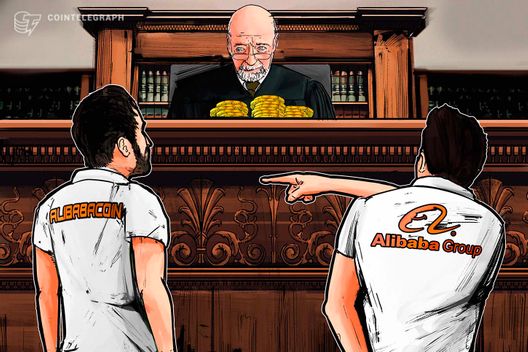 A Dubai ICO has been taken to court by China’s Alibaba after “intentionally misleading” use of the e-commerce giant’s brand.

According to court filings from the US District Court in Manhattan seen by the publication, Alibabacoin engaged in “prominent, repeated, and intentionally misleading” behavior using the company’s name.

There is no relationship between Alibaba and the Alibabacoin Foundation, Alibaba clarified, reiterating that it is “not interested in moving into the cryptocurrency space.”

In addition, speculation and misinformation resulting from the ICO in the media went unanswered by the Alibabacoin Foundation, Alibaba claiming in the filing it had “done nothing to combat or correct this confusion.”

The Alibabacoin Foundation is allegedly aiming to create an e-commerce platform using its own cryptocurrency Alibabacoin, describing itself as “technology optimized for distribution, finance, shopping, security, using blockchain technology.”

It is not the first time that Alibaba has been implicated in rumors regarding its cryptocurrency involvement.

In January of this year, the company dispelled rumors that it was venturing into the mining industry through its newly-developed P2P platform.

“We reiterate that Alibaba Cloud has never issued a Bitcoin-like virtual currency, and it will not host any [cryptocurrency] mining platforms,” it said in a statement at the time.