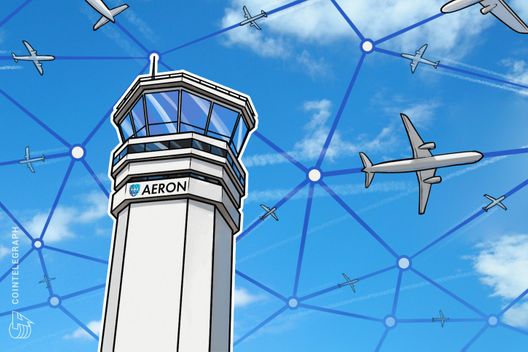 A project turns the pilot log book to the distributed ledger

Having emerged with an idea of using Blockchain for aviation safety last year, Aeron, a Cyprus-based startup, has recently released a mobile app that records and verifies the pilot’s qualification. The application, which replaces the traditional pilot logbook (the manual act of logging flight hours on paper) is now available on Google Play and Apple App Stores.

An application that “saves lives”

According to the data provided in Aeron’s one-pager, 57 percent of aviation accidents happen due to human error. The project team consists of a group of private aviation enthusiasts who intend to use Blockchain technology to reduce the number of accidents that happen in the air due to poor record keeping.

According to the company’s press release on March 27, Aeron’s mobile app is based on Blockchain technology and allows the storage of all necessary pilot logbook data in a digital format. The company is developing a decentralized database and online system that would host global data on aircraft, flight schools and pilots.

“Typically, it proves next to impossible to recover the individual pilot’s logbook, should it be lost or destroyed, especially in a case where a pilot does not have an association with a single flight school or location,’ says the press release. So the digital alternative to a traditional logbook seems to be a better option for passengers of private flights.

According to the updated roadmap posted on Aeron’s twitter on March 1, the startup plans to promote its subsidiary website Aerotrips.com, which is a marketplace for booking private flights and other aviation services.

Aerotrips.com was launched by Aeron in Nov. 2017 as “an online portal and aggregator for aviation that gives special attention to private flights and individual pilots”.

In April 2018 the startup plans to accomplish integration of aerotrips.com to Blockchain, and in June 2018 will make token payments available for the website services. According to  aerotrips.com, aviation enthusiasts and travelers can book sightseeing and demo flights via the aggregator.

“Our global database includes flight offers from private pilots as well. Direct partnerships with flight schools and aero clubs enable us to propose the best deals for aviation students and pilots,” says the aggregator website.

As reported by Cointelegraph, Aeron held a token sale between Sept. and Oct. 2017.  According to Aeron, “all roadmap milestones till date have been fulfilled”.

Today, Aeron tokens (ARN) are listed at Binance and HitBTC, as well as at KuCoin, Bit-Z, Coinrail and other exchanges.

“From all tokens listed on Binance, ARN has the lowest total supply (20 mln ARN) and the token is quite sensitive to market movements, thus making it attractive for traders’ portfolios,” Aeron representatives reported to Cointelegraph.

On March 29 Aeron started an ‘airdrop’ and announced a 5000 ARN token giveaway. The airdropping campaign will last for 20 days. Aeron provides continous news and updates to the public via their Twitter and Medium accounts.