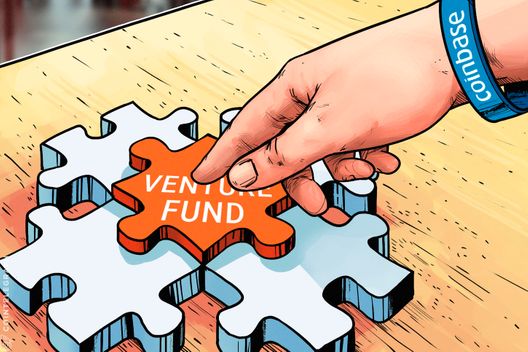 Crypto exchange and wallet Coinbase has announced that they will be launching Coinbase Venture, a fund to finance “compelling” companies in the crypto space, according to a Coinbase blog post published Thursday, April 5.

Coinbase writes that they will be “providing financing to promising early stage companies that have the teams and ideas that can move the space forward in a positive, meaningful way.”

The post continues by stating that the goal of Coinbase Ventures is “simply to help the most compelling companies in the space to flourish,” highlighting that this doesn’t mean that they will need to “formaliz[e] partner relationships with such companies, as some corporate venture programs do.”

In an interview with CNBC’s Fast Money April 5, Asiff Hirji, the president and COO of Coinbase, said that the company plans to “invest off our balance sheet into crypto companies,” with the fund already at $15 mln, with room for growth.

The official blog post notes that Coinbase Ventures may “invest in companies that ostensibly look competitive with Coinbase,” because “it’s in everyone’s interest to see the ecosystem innovate.”

Hirji said that Coinbase Ventures is not aiming invest in cryptocurrencies, particularly those that their customers trade, clarifying:

“[I]t’s not about trying to line up tokens that we would put on our exchange [...] We are not investing in currencies because we do not want even the appearance of a conflict of interest.”

Coinbase had announced last week that they now support the ERC20 protocol, evidently a move towards listing ERC20 altcoins on their platform in the future.

However, Hirji said to CNBC that while Coinbase is not currently adding any new cryptocurrencies to its platforms, they will be able to once regulation becomes more coherent.