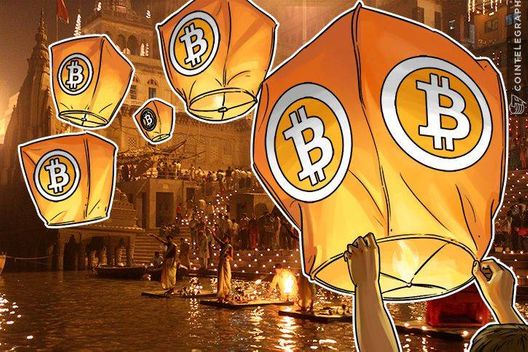 So far, 17,000 people have signed a public petition to protest the central bank of India’s ban on crypto-related accounts

A Change.org petition for “Mak[ing] India at the forefront of Blockchain Applications Revolution” in response to the Indian central bank ending all dealings with crypto-related accounts this week has gained over 17,000 thousand signature since going online April 5.

The petition requests that the Indian government support the Blockchain and crypto sphere, specifically because it provides young people with jobs:

“There are tens of thousands of youth that have gotten jobs or employment with blockchain and relating companies. This is massive for a government which has not been able to improve the employment rate.”

According to the petition, the Reserve Bank of India’s (RBI) April 5 ban – which tech investor Tim Draper had recently called “a huge mistake” – could lead to an increase of irregular cash trading of cryptocurrencies in India. In addition, the ban could take away potential revenue to the government from crypto exchanges, and instigate a crypto market price drop “due to the knee jerk reaction in which prices got impacted”.

The petition notes the inevitability of Blockchain development globally and calls on the Indian government to remain competitive with other countries on the issue so as to not be “left behind”:

“Crypto and blockchain as a concept can't be stopped. You can just decide whether you want to participate with full throttle or get left behind. The current stance from government shows they would want to remain left behind after missing the internet revolution first, AI revolution next and now blockchain revolution.”

In addition to the petition, resistance to the ban was also seen from individuals inside the community. Ajeet Khurana, CEO of Indian crypto exchange Zebpay, tweeted boldly on April 5 “no way I am stopping.”

US, Japan, South Korea go towards regulating Cryptos so that their country progresses while RBI decides to block Indians from getting involved in the crypto revolution. We need to think progressively, @RBI please reconsider this and let's take a positive step forward 🙏🏻

The petition also mentions RBI’s interest in creating their own digital currency, which was officially expressed the same day as the ban, April 5.  The petition states the seeming irony that “RBI here wants to stop others and at the same time explore blockchain tech themselves.”

RBI’s crypto ban is not the same as the country-wide crypto ban that was rumoured earlier this year. Cointelegraph contributor Joseph Young posted on Twitter that Indian crypto exchange Unocoin noted that as of April 6, “no banks have terminated relationships with local trading platforms”:

Unocoin, one of India's largest cryptocurrency exchanges, stated that no banks have terminated relationships with local trading platforms, and that the Indian central bank's recent statement does not change the legal status of cryptocurrencies in India.https://t.co/POYv89qChB pic.twitter.com/xo7yGCNAT6