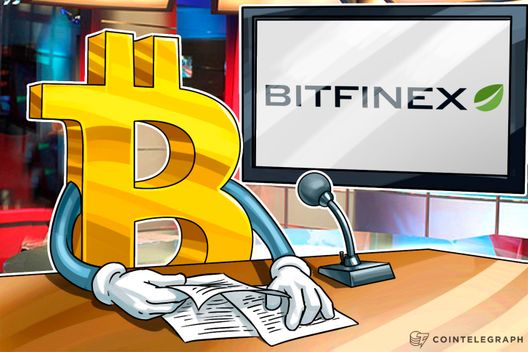 Bitfinex denies involvement in Polish fraud controversy, in which €400 mln were seized from an account allegedly tied to the exchange.

On April 7, Cointelegraph reported on a controversy surrounding Bitfinex, after Polish prosecutors reportedly seized €400 mln from two accounts at a little-known Polish bank, one of which was allegedly linked to Bitfinex.

Suspicion had been raised in Polish media that the confiscated funds were involved in an international fraud and money-laundering scheme, in which criminals had been converting laundered fiat into crypto via the exchange and its affiliated accounts.

Reports that these funds ultimately led to narcotics trafficking networks, and that a Bitfinex user had been interrogated by Polish police in the week prior to the seizure, further muddied the waters.

An admin on Bitfinex’s subreddit thread first spoke out against the claims April 8:

“This is not true and Bitfinex aren't affected by whatever has happened. We'll be releasing an official statement on this later today.”

As of press time, this official statement has not been released. Bitfinex has meanwhile reached out to individual news outlets to confirm it is aware of the allegations and categorically denies implication:

"Bitfinex can confirm that it is aware of the current allegations that have been reported by Polish media over the past several hours. Bitfinex believes that these allegations are untrue and Bitfinex customers and operations are unaffected by false rumors. Bitfinex is proud to be the world’s leading crypto exchange, and in this capacity works tirelessly to remain in strict compliance with authorities and regulators worldwide.”

Bitfinex and sister company Tether, both received subpoenas from U.S. regulators in December for undisclosed reasons. Concerns have been raised repeatedly about the transparency of their banking systems, with U.S. Wells Fargo & Co. allegedly refusing to continue operating as a correspondent bank last year.

To defend its reputation, Bitfinex subsequently turned to legal action that was either quickly dropped or merely threatened. Earlier this year, Tether’s decision to dissolve its relationship with a third-party auditor raised further concerns in the crypto community.

This story will be updated as more information becomes available.