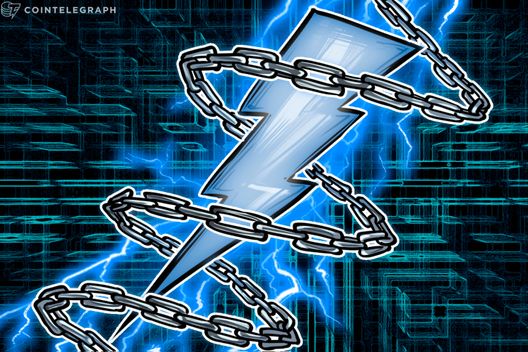 CEO of Lightning Labs, the developer of the Lightning Blockchain scalability protocol, Elizabeth Stark has spoken out to challenge the Wall Street and traditional financial sector narrative that puts its faith in Blockchain, not Bitcoin, to deliver on the radical promises of the crypto phenomenon, Yahoo Finance reported April 5.

“When we first pitched my company Lightning Labs, we actually took the word ‘Bitcoin’ out of our deck and our marketing material because it was so much about Blockchain. Now, I feel like we’ve entered into a ‘Bitcoin, not Blockchain’ world, where people understand the value of cryptocurrency technology and what these can bring. You also have proof of work in Bitcoin, you have the public/private key cryptography. There are other things that make Bitcoin special. Somehow, the Blockchain part got separated and became a thing.”

Lightning Network is a second-layer solution to Bitcoin’s scalability issue, opening payment channels between users that keep the majority of transactions off-chain, turning to the underlying Blockchain only to record the net results.

In this way, as the 2015 Bitcoin Lightning Network White Paper outlines, the protocol facilitates “scalable off-chain instant payments” at high volume, something Bitcoin at its base layer notoriously cannot do. Citing Visa’s peak 56,000 transactions-per-second, Stark says “we want to go even beyond that.”

Stark adds that onlookers have for years been remonstrating that while Bitcoin may well be a speculative investment, it lacks the “killer app” that would persuade the average person to use it as a currency. Lightning Labs is evidently Stark’s riposte to these criticisms. She is nonetheless keen to distance the protocol from the turmoil of Initial Coin Offerings (ICOs):

“There is no Lightning ICO. If you’re excited about Lightning, you can buy some Bitcoin. I’ve been an ICO skeptic on Twitter.”

Among the behemoths of traditional finance, skepticism about cyber-risks, price volatility, and the inadequate market integrity of the crypto sphere has led many to support co-opting of Blockchain tech even as they castigate cryptocurrencies themselves.

As Cointelegraph reported, India’s Reserve Bank Dep. Governor went on record last week with this familiar rendering, stating that whereas cryptocurrencies have the potential to “endanger financial stability,”

“We recognize that the Blockchain technology has potential benefits for the financial sector and we believe that they should be encouraged to be exploited for the benefit of the economy.”

As early as 2016, over 90 central banks worldwide were reportedly investigating Blockchain solutions, and already in the first months of 2018, banks in Malaysia, Taiwan, Poland, Switzerland, among others, have all made news with inquiries into the use of Blockchain systems.