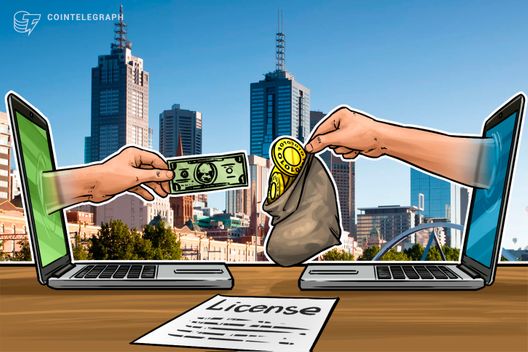 Australia appears to be hoping for Japan-style success as it embarks on its cryptocurrency exchange licensing scheme.

Australia has already licensed three cryptocurrency exchanges since new regulations came into effect April 3, but the remainder must begin compliance by May 14.

In a press release April 11, the Australian Transaction Reports and Analysis Centre (AUSTRAC) said that exchanges, which it calls “digital currency exchanges (DCEs),” have a “transition period” until next month to begin the newly-sanctioned registration process.

“It’s recognised that this reform will help protect their business operations from money laundering and terrorism financing, while regulation will also help strengthen public and consumer confidence in the sector,” AUSTRAC CEO Nicole Rose commented.

After spending several years battling a confusing and at times conflictory regulatory landscape, exchanges doing business in Australia can now take advantage of an official program in line with those adopted by Japan and South Korea.

The cryptocurrency industry has traditionally welcomed such moves, which analysts say create a better impression of operators and facilitate trust in and adoption of crypto assets.

In Japan, where a licensing scheme has operated since April 2017, even the significant hurdle of exchange Coincheck’s $530 mln hack in January failed to quell long-term optimism, online broker Monex Group confirming a $33.5 mln buyout last week.

“AUSTRAC now has increased opportunities to facilitate the sharing of financial intelligence and information relating to the use of digital currencies, such as bitcoin and other cryptocurrencies, with its industry and government partners.”