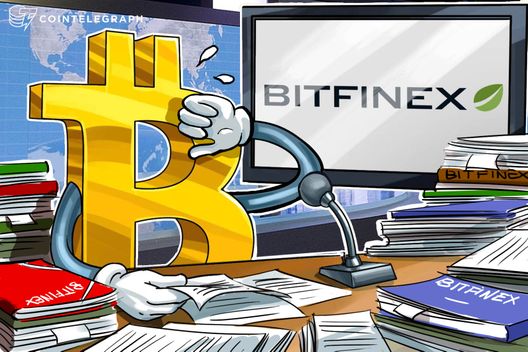 When allegations of fraud and money laundering were leveled at Bitfinex, they denied it, but how much of a link was there to start?

On April 7 reports started emerging from Poland that Polish prosecutors seized €400 mln from an account that was allegedly linked to one of the biggest exchanges globally, Bitfinex.

While links to the crypto exchange existed, they were tenuous at best, and involved a long string of players that apparently led back to Bitfinex. From the Belgian Ministry of Foreign Affairs to an embassy in the Democratic Republic of Congo, links to Colombian cocaine cartels and a Panama registered company; it all sounded like the makings of a James Bond movie.

Bitfinex came out and vehemently denied the allegations and refused to comment further, indicating the matter was closed. But just how deep do these allegations lie? Is there any hard evidence, or is it all conjecture and circumstantial?

Going down the rabbit hole

The story goes that the €400 mln seized at the Cooperative Bank in Skierniewice, Poland, was tied to the exchange Bitfinex. The reason that the funds were seized is that they were tied to the defrauding of €400,000 from the Belgian Ministry of Foreign Affairs during the construction of its embassy in the Democratic Republic of Congo.

With all this coming to light, the alleged connections supposedly show that Bitfinex had ties with the bank where money was seized by Polish police as it pointed users in its direction back in 2017.

Furthermore, the link apparently relies on the word of one interrogated witness who said that Crypto sp z o.o paid him using Bitfinex, the biggest Bitcoin exchange globally.

While Polish police are unwinding a tale of drug trafficking and money laundering, the connections of those activities to Bittinex are tenuous at best.

Simply linking Bitfinex to Cooperative Bank in Skierniewice is possible, but far from easy with a number of points where the entire process can fall down. A piece by Trustnodes, published in November last year, goes to great lengths to tie Bitfinex to the Polish Bank, registered in Panama.

However, even with small links holding Bitfinex in proximity to where the illegal activity is allegedly taking place, the evidence tying them to the seized funds are circumstantial at best.

The allegations are trying to tie the exchange to active and substantial criminal claims, such as drug trafficking through Columbia, fraud in regards to money laundering, which is why the funds were seized, yet, Bitfinex’ only real tie that could be proven is based on the word of one person questioned.

Despite the conspiracy theory nature of the allegations raised, Bitfinex came out two days later with a statement to certain media outlets denying all claims of any wrongdoing related to drug trafficking and money laundering.

Cointelegraph reached out to Bitfinex on the matter but received no comment at time of publication. Their official response read:

"Bitfinex can confirm that it is aware of the current allegations that have been reported by Polish media over the past several hours. Bitfinex believes that these allegations are untrue and Bitfinex customers and operations are unaffected by false rumors. Bitfinex is proud to be the world’s leading crypto exchange, and in this capacity works tirelessly to remain in strict compliance with authorities and regulators worldwide.”

Bitfinex has found it hard in the past to distance themselves from allegations and other controversies. On January 30, Bitfinex received a subpoena from the SEC, along with sister company, Tether, as questions continue to arise of its true value.

However, even these controversies seem to be a little harsh towards both companies. The SEC, an organisation that operates only within the borders of the US, sent their subpoenas to two companies that are not from, or based, the USA.

Although it is not totally unheard of for foreign companies to be approached by the SEC, with Telegram contacting the SEC regarding its ICO, it still points towards how Bitfinex seems to garner a lot of attention for the negative reasons.

I'm a clueless idiot but what does the CTFC have to do with Bitfinex (not US company), Tether (not US company) and the fact that Bitfinex doesn't allow any US customers on their platform. Although it might be from before that they enforced that rule.

As it stands, neither Tether nor Bitfinex have been convincingly tied to any wrongdoings, despite a number of investigations and allegations being presented to them. As the biggest exchange globally, it is not so surprising that they are an easy target in an ecosystem that is rife with dodgy dealing.

In summarizing the situation, CEO of Altmarket, Bryce Weiner maybe said it best:

I’ll spell this out in as few tweets as possible.

Someone ripped off the Belgian govt for $400M.

That money ended up in Polish accounts.

That pissed off Poland to no end.

Turns out it seems those accounts are those of @Bitfinex front companies.

As it stands, Bitfinex cannot be held accountable for the allegations leveled at it. If criminals have used their service to illicit illegal activities, then that is a different situation, and not a criminal one that can be aimed at the exchange.