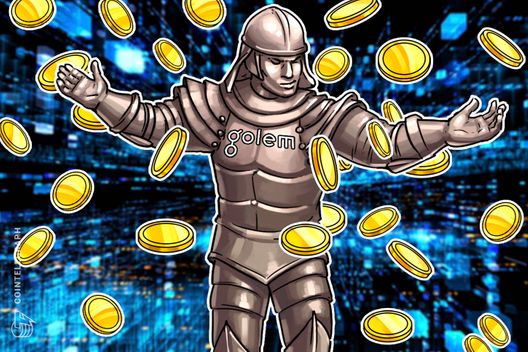 In a blog post, developers of the self-dubbed “Airbnb for computers,” which aims to pay internet users to occupy their unused processing power, said that while there was “still a lot of work to do,” the mainnet release represented “the big step.”

Prorsum et sursum ad excellentiam. Golem is proud to announce we have finally launched our Brass Beta into mainnet. We still have a lot of work to do - but this marks a new beginning for us - read our blog → https://t.co/Nc8FgC9uq8

Golem’s GNT token rose 20% on the news to hit $0.25, having previously risen as high as $1.15 during a broad altcoin surge earlier this year.

Developers had come under fire in the intervening period since Golem’s ICO ended in November 2016. What users deemed to be a lack of progress led to fears the 820,000 ETH raised during the GNT token sale would not produce adequate value for investors.

The decision to launch rather than continue closed testing has thus buoyed markets, Golem avoiding associations with other long-finished ICOs, such as Tezos’ $232 mln sale, which have yet to bear fruit.

Golem enters a corner of the cryptocurrency industry currently occupied by competitors SONM and iEXEC, both of which utilized an ICO to fund their roadmaps in 2017.