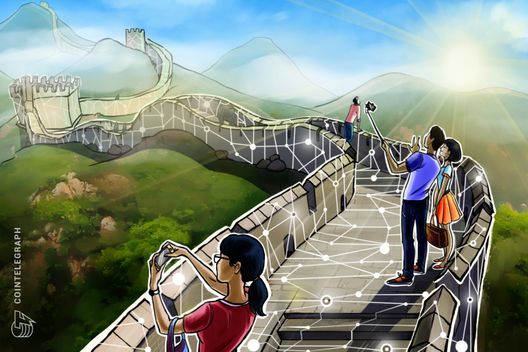 The Chinese government has funded a $1.6 bln Blockchain initiative to help domestic projects to grow.

China already has the largest number of Blockchain patents in the world, beating global economies such as the US and Japan. Moreover, the Chinese government has just funded another $1.6 bln Blockchain fund to finance more projects in the cryptocurrency space.

On April 9, Chinese publication Sohu reported that the government of Hangzhou has decided to invest more than $400 mln in a Hangzhou-based venture capital firm known as Tunlan Investment, to facilitate the growth of Blockchain startups and projects.

Tunlan Investment, in cooperation with the Chinese government launched the Blockchain Industrial Park in Hangzhou, in an effort to spend over $1.6 bln on Blockchain projects, 30 percent of which will be funded by the local government. The initiative has already attracted advisors such as Zhenfund founder Xu Xiaoping, who has invested in projects like the Ethereum-based content distribution platform Steem and Lino.

The funding of the Blockchain Industrial Park in Hangzhou is the latest effort by the Chinese government to fund and grow Blockchain projects.

In Sept. 2017, the Chinese government imposed a complete ban on cryptocurrency trading and investment, terminating the relationship between financial institutions and cryptocurrency exchanges, and requesting local exchanges to move out of the country after seizing their services.

Consequently, Huobi and OKCoin rebranded to Huobi Pro and OKEx, as they relocated to Hong Kong. In April the two exchanges, which were formerly the two largest cryptocurrency exchanges in China prior to the cryptocurrency trading ban, expanded into South Korea, a market that has been rapidly growing over the past six months.

“The sovereign state is still the fundamental player in global politics, and carries with it the characteristics of the world financial system. Cryptocurrencies and other virtual currencies attempt to challenge the sovereign state's right to issue currency, requiring the nationalization of currency issuance. China has a clear understanding of digital forms of money, and is actively engaging in relevant work. The central bank has set up a research group and a digital money research institute to explore the digitization of sovereign money.”

China is positive towards Blockchain technology

According to Thomson Reuters and the World Intellectual Patent Organization, China has about 400 Blockchain-related patents, which it has garnered within the past two years. The US and Australia have the second largest number of blockchain patents with 110 and 40 respectively. As Cointelegraph reported on April 1, Chinese companies have been utilizing Blockchain technology to lead pilot tests and process data in real-time and in a decentralized manner. AliPay and TencentPay, two of the biggest FinTech applications in China, have expressed their optimism towards implementing Blockchain-based payment systems, and some insurance companies have already started to use Blockchain.

JD.com, a major Chinese retailer is currently using Blockchain technology to track the shipping of domestic and international beef products, and insurance firm ZhongAn have been utilizing Blockchain-based systems to trace and monitor the life cycles of poultry.

“[JD.com plans to] partner with innovative Blockchain startups to build new businesses and create and test real-world applications of their technologies at scale. We are excited to work with some of the world’s most innovative startups to explore ways we can scale these cutting edge technologies for the future of retail and other industries, as well,” said JD.com in a statement.

The Chinese government is undergoing a learning curve. It has acknowledged that the Blockchain is a disruptive technology that could revolutionize a wide range of industries including finance. The government’s positive viewpoint towards Blockchain technology could potentially lead to friendlier cryptocurrency regulations.