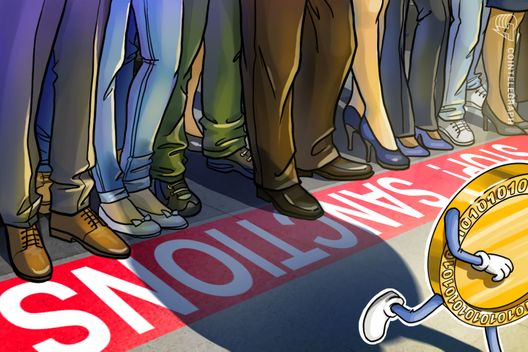 In our Expert Takes, opinion leaders from inside and outside the crypto industry express their views, share their experience and give professional advice. Expert Takes cover everything from Blockchain technology and ICO funding to taxation, regulation and cryptocurrency adoption by different sectors of the economy.

Cryptocurrency and its underlying Blockchain technology has captured widespread public investor interest including those who use them to evade international sanctions.  Hostile state and non-state actors alike have been turning to use “privacy coins” with built in mixing services or privacy centric Blockchain designs for two reasons. First, they are the fast becoming the preferred way to launder money globally.  Second, while G20 countries recently agreed to implementing the Financial Action Task Force (FATF)’s anti-money laundering (AML) and terrorist financing standards, currently there are no global standards for regulating cryptocurrency exchanges, with many lacking risk, sanctions-screening, and anti-money laundering (AML) programs.

For example, up until March 19, 2018, those individuals and enterprises that purchased “privacy coin” Zcash in Venezuela, as an optional intermediate step to converting bolivars into US dollars; or those who bought Venezuela’s national cryptocurrency “Petro” with fiat currencies Turkish liras, Chinese yuan, Russian rubles, the euro or with cryptocurrencies Bitcoin, Ethereum, and NEM -- were not subject to “US sanctions”.  This was the opposite of Ali Sadr Hashemi Nejad, who was arrested on US charges that he funneled money from Tehran-linked businesses to Venezuela through American banks, and thereby participated in a scheme to evade US sanctions and money laundering. According to his thirty-four-page long indictment, Hashemi Nejad chaired a Maltese Bank and laundered more than $115 mln via multiple shell companies in Switzerland, Turkey, and the British Virgin Islands through the US financial system, tied to a $476 mln bilateral construction agreement obligating Iran to build 7,000 housing units in Venezuela with Venezuela's state-owned energy company.

But March 19, 2018 was a watershed moment, not only for Hashemi Nejad who is facing up to 125 years in jail for US sanction violations; but also for the illicit use of cryptocurrencies.  It is the date when President Donald Trump banned American citizens and enterprises from buying the Venezuelan oil-backed cryptocurrency “Petro” based on an executive order.

The Secretary of the Treasury Steven T. Mnuchin explained that the US Office of Foreign Assets Control (“OFAC”) would use economic sanctions and new cryptocurrency rules to fight against criminal use of cryptocurrencies:

“President Maduro’s regime is attempting to circumvent sanctions through the Petro digital currency – a ploy that Venezuela’s democratically-elected National Assembly has denounced and Treasury has cautioned US persons to avoid.  As a result of today’s actions, all assets of the current or former officials of the Government of Venezuela that are subject to US jurisdiction are frozen, and US persons are generally prohibited from dealing with them.”

The US Government is also considering adding digital currency addresses or wallets affiliated with individuals and entities identified to the List of Specially Designated Nationals and Blocked Persons List (“SDNL”). This would put US persons on notice that doing business with those digital addresses may be prohibited, increasing compliance considerations for businesses delving into the world of virtual currency.

All US persons are required to comply with OFAC regulations, block the property (including goods, contracts, and funds of any form) of sanctioned persons and make timely reports to OFAC. Failure to do so may result in significant civil and criminal penalties.

Sanctioned nations like Iran, similar to Venezuela, are also contemplating issuing national and even multi-national cryptocurrencies. The latest economic sanction OFAC imposed was on last Friday, April 6,  to “the Russian government, which operates for the disproportionate benefit of oligarchs and government elites,” according to  Treasury Secretary Steven T. Mnuchin.

The sanctions rattled world stock and  currency markets, so much so that it cost the Russian oligarchs $16 bln on Black Monday alone. The ruble fell to its lowest level against the dollar since late 2016, while shares in sanctioned aluminum producer Rusal, which is controlled by the billionaire Oleg Deripaska, plunged more than 50 percent on the Hong Kong stock exchange.

"I have never seen a market this volatile, to this extent, in my career," explained the 88-year-old investing veteran Jack Bogle, the chairman of Vanguard in an interview with CNBC. “Now that’s only 66 years, so I shouldn't make too much about it, but you're right: I've seen two 50 percent declines, I've seen a 25 percent decline in one day, and I've never seen anything like this before."

Indeed, the OFAC program has been aggressively freezing assets of embargoed countries, prohibiting payment of funds to individuals and countries on the embargo list, or prohibiting provision of services to countries subject to US sanctions.  Some OFAC sanctions are more restrictive than others, and apply to the whole country, while others specifically target certain individuals or entities within a country. The current sanctioned list is extensive, and includes ex-Yugoslavian nation states, Belarus, Burma, Cuba, Democratic Republic of Congo, Iran, Iraq, Liberia, North Korea, Sudan, Syria, Ukraine/Russia, Venezuela, ​Yemen and Zimbabwe, Transnational Criminal Organizations and thousands of individuals.

Undoubtedly, the OFAC’s new cryptocurrency rules represent another step in the march towards fully regulating cryptocurrency operations.  Slowly but surely, cryptocurrencies are being brought under existing US regulatory schemes. With the US government’s stated commitment to enforcement of economic sanctions measures and the rapidly evolving nature of cryptocurrency markets and technologies, investigations may follow from OFAC’s recent guidance.

With that in mind, the Internal Revenue Service (IRS) has reminded US taxpayers with cryptocurrency gains from foreign cryptocurrency exchanges to comply with Foreign Financial Accounts (FBAR) Reporting and Foreign Account Tax Compliance Act (FATCA) reporting requirements by the upcoming deadline of April 17, 2018.

The views and interpretations in this article are those of the author and do not necessarily represent the views of Cointelegraph.com.

Selva Ozelli, Esq., CPA is an international tax attorney and CPA who frequently writes about tax, legal and accounting issues for Tax Notes, Bloomberg BNA, other publications and the OECD.