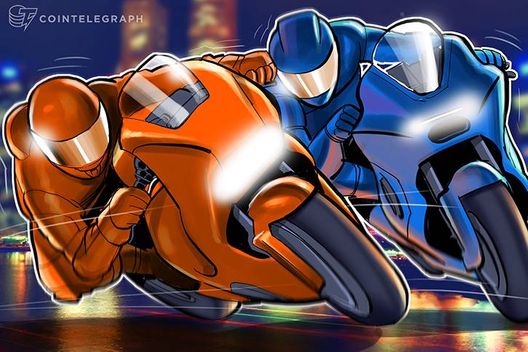 While equity markets were plagued with uncertainty, cryptocurrencies experienced their best week of 2018 so far.

There wasn’t a lot of decisive action on the global equity markets last week as uncertainty seemed to prevail once again. Nevertheless, the seven major markets that we followed were all green on the week’s end, which shows the improvement of their year-to-date performance as a group. Both the Hong Kong Hang Seng Index and India’s BSE 30 Sensex Index are now positive for the year.

Again, the culprit seems to be uncertainty over the impact of trade tariffs between the U.S. and China and there are characteristics of a bull market that is growing old. Investors are looking for some direction and clarity as to what sentiment will start to drive the market next and in which direction. So far, earnings reports have not provided that clarity, but that could change at any time, making earnings an important indicator to monitor for the coming week.

The 200-day simple moving average (SMA) (brown line) is an important indicator of the strength or weakness of the long-term trend, and it is very widely followed by institutional investors.

So far, the S&P 500 has tested its 200-day SMA as support over two distinct periods of time and on multiple days, and it has held. What is not clear yet is whether support of the 200 line will continue to hold or whether price will break through the bottom. After the price hit the 200 line most recently, bullish signs have generally not lasted more than a day.

Fortunately, if we zoom down to a shorter time frame, such as the 4-hour chart as seen in the next image, there is a clear potential head and shoulders bottom trend reversal pattern present. A rally above last week’s high of 2,680.26 would give a breakout signal. Based on a classic measuring objective for this pattern, the target would be approximately 2,790.2, which ties with the 78.6% Fibonacci retracement zone and the most recent swing high from March.

The German DAX Index broke out of a descending wedge type pattern last week. Although it seems difficult to identify the pattern as a wedge, the underlying activity that it represents has similarities. Essentially, it is a declining consolidation pattern and it is considered to be bullish. We got some sense of its bullish potential on an upside breakout last week as the index rallied above the downtrend line across the top of the pattern. Further upward movement is now possible.

Nevertheless, a word of caution is warranted. You can see how the 200-day SMA (brown line now at 12,659.92) representing the long-term trend has been angled down. This is generally not a very bullish sign. Therefore, although there is likely some short-term upside potential left in this index, the overhanging weight of potential supply will probably keep an advance muted.

Depending on how high the current rally goes, we could be seeing the early signs of a potential head and shoulders top pattern. Of course, we will have to wait and see.

Buying enthusiasm returned to the crypto market by Friday, with all major coins, as shown in the above chart, seeing significant rallies over the week - some greater than 10%. Bitcoin was up over $1,000 in the first hour following its breakout of an intermediate-term downtrend line on Friday.

It’s not clear what was the actual trigger for the widespread rally, but there were a few developments that probably encouraged buyers. Whether the sharp advances have the potential to keep going will be determined by market behavior over the coming one to two weeks, as the speed of the ascent was likely influenced by a short-squeeze as shorts exited and reversed direction.

A report coming out of Indonesia from a fintech firm, Blossom Finance, stated that their internal Shariah advisor and Shariah compliance officer had determined that cryptocurrencies, Blockchain and Bitcoin (BTC) are “generally permissible” under Sharia law.

It remains to be seen whether this assessment will stand up to scrutiny by other Islamic finance scholars, which is necessary if it is going to gain wider acceptance within the Muslim community. It is not unusual to find disagreement within the community on such issues.

On the institutional side there were a couple recent developments to help turn the tide from bearish to bullish. Well-known hedge fund titan George Soros’ family office announced they would be adding cryptocurrency to the assets they trade and invest in, while the Rockefeller’s venture capital arm, Venrock, revealed it was expanding into cryptocurrency investing by partnering with the investment firm CoinFund.

Meanwhile, the billionaire venture capital investor and early cryptocurrency enthusiast Tim Draper came out with a new price target of $250,000 for Bitcoin by 2022.

The low from two weeks ago is in a solid area of potential support and last week’s strong price behavior seems to confirm that. There were a couple of indications that support may have been found including the long-term uptrend line (not perfect, but it is in the general price area), and the completion of the 88.6% Fibonacci retracement level.

This is a lesser known Fibonacci ratio derived from the square root of 0.786. It can work particularly well in both crypto and forex. In addition, the low was in a minor area of short-term resistance (now support) from November of last year.

Last week’s rally triggered a bullish breakout of the long-term downtrend line as well as the 200-day simple moving average on the 4-hour chart. The 200 line has done a good job of providing confirmation to the significance of the falling trend line, as you can see how they’ve been identifying a similar area of resistance since mid-January.

Next we need to see confirmation of strength with a move above the most recent swing high of $1.53. In the meantime, pullbacks can be monitored at lower price areas to enter for short-term rallies or to build a position. As of last week the odds have improved that the recent low from two weeks ago may be the bottom of the four-month correction.

Although the relative performance of Monero was not great, as it came in seventh out of eight, it did provide a strong bullish signal. A descending wedge is a classic chart pattern that has a tendency to break out to the upside with force. That force was seen in the wedge breakout last week on Monero.

It’s not clear yet whether this will be the lasting bottom for the coin but it does provide a very tradeable signal. Do note that the price support area has been visited three times so far since the correction began in December.

Since the initial breakout has already occurred, Monero can be monitored for pullbacks that should provide an entry point at lower prices. A drop below $161.10 would signal a failure of the bullish pattern, but otherwise we can anticipate higher prices.

The classic objective from this pattern would indicate a minimum target of around $235.96. Nevertheless, this crypto will be rallying into potential resistance around the 200-day SMA, which is now at $224.72. This should be kept in mind relative to your investment or trading strategy.

The market data is provided by the HitBTC exchange; the charts for the analysis are provided by TradingView.