While the cryptocurrency market slows down, crypto stars find more exclusive ways to spend their money

Despite the recent cryptocurrency market fall and the disappointment of those who invested in Bitcoin when it cost $18,000, there are nevertheless the lucky ones who managed to make it to the list of billionaires. Perhaps these individuals caught a wave and wisely distributed their cryptocurrency investments - in other words - "diversified."

Judging by the number of crypto billionaires from the 2017 Forbes list, even millions in losses did not hit hard on these celebrities’ wallets when it comes to organizing vacations. Speaking of the places and the way Blockchain evangelists choose to spend their leisure time, they are as unusual as their source of income. The British philanthropist and owner of the Virgin Group Empire surprised the community with his eccentricity again. Earlier he had already flown in an air balloon, turned into a woman and saddled the Gibbs Aquada, the world’s first amphibious quad bike.

Now he has successfully joined the ranks of the crypto elite and for the third consecutive year he has been gathering the real geeks to party on his Necker island.

Among them are modern-day Rockefellers, venture fund managers, and even the heads of states. Last year during Branson’s private Blockchain Summit, the Estonian Ex-President Thomas Hendrik Ilves and the European Parliament member Eva Kaili took advantage of Branson's hospitality.

The island became famous not only for its privacy, but also for its special atmosphere. Those who visited it tell that in 5 days, connaisseurs of Bentley, Chopard, Chanel and private jets turned into Blockchain enthusiasts and talked only about ‘transparency’ and ‘ecosystem’. 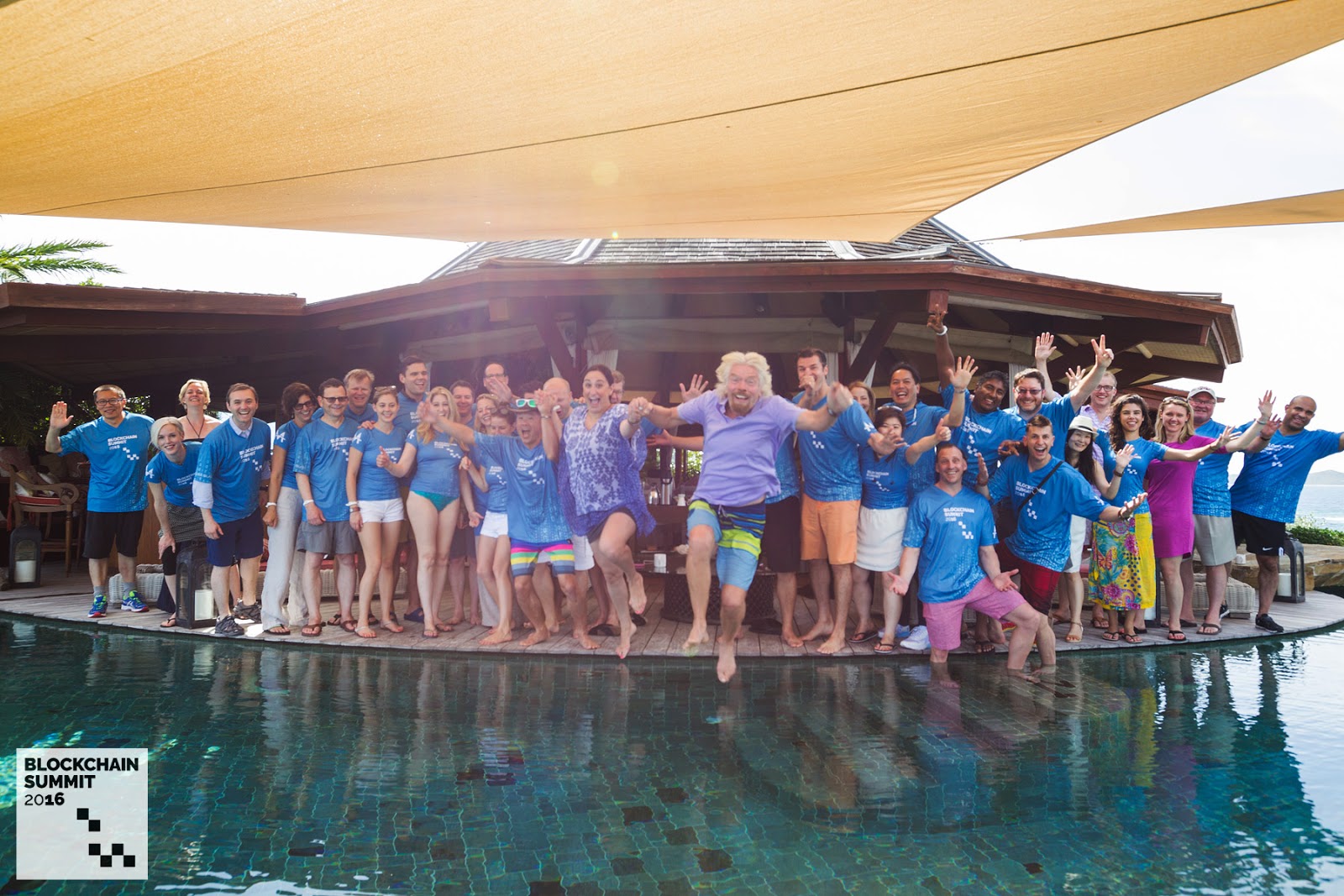 The innovator himself says that curiosity has brought him into the world of cryptocurrency and he wants to continue the journey further.

“I’m not sure if anybody knows exactly how emerging payment technologies are going to change the world for good in the long-term – I certainly don’t. But I’m convinced they are going to have a big, positive impact, and am excited about going on the journey.”

It is not without Branson’s ‘follies’. Every year, the event is accompanied by the personal Branson’s Bitcoins bounty and his favourite jump into the pool. By the way, $65 mln island owner does not stop here and this year he intends to open the expanses of his island for the fourth time in a row for new crypto millionaires.

The most powerful hurricane, ‘Maria’, which ruined the ‘Island of Enchantment’ Puerto Rico, could not withstand the storming enthusiasm of the Block.One project founder. Born in the northern state of Minnesota, Pierce has not accidentally chosen a warm place as a platform for his "crypto utopia". Together with other adventurers, he decided to turn the capital of Puerto Rico, San Juan, into a whole state with seaports and airports by purchasing land. The idea is that crypto-economics and Blockchain will reign in the place right to hide from taxes, which Pierce’s friends do not want to pay. However, the idea of ​​such freedom is not shared by all the inhabitants, and some even think that such a massive purchase of property in Puerto Rico by a group of crypto millionaires is a type of modern colonization of the island. However, the authorities do not share this position and fully support Pierce.

Pierce is increasingly seen in cruises and parties, where he actively attends secular parties and hi-tech exhibitions, but mainly those supported by other crypto billionaires. In early May, Brock along with the equally outstanding Dinis Guarda and Miko Matsumura will roll the star-format Blockchain Innovators Summit in Dubai, which will be accompanied by flying cars, robots, desert party and virtual reality portals. Everything is as crypto geniuses love. Unlike Branson’s party, the event will be open for all interested - and the stars do not mind.

The Madness of John McAfee

$2,078 - one square meter of estate in the Dominican Republic

McAfee’s name has become really famous in recent times, especially in connection with the latest events that have occurred over the past two years. McAfee has invested in different projects with inconsistent progress, made scandalous statements about the Bitcoin price, and even started offering ad space for initial coin offering (ICO) startups in his Twitter for a ‘symbolic’ price of $105,000. Later McAfee, however, revealed that he carefully selects projects and only 5 percent of them may interest him in terms of promotion.

How much money the billionaire has managed to earn jumping on the ICO bandwagon is unknown, but the other day on his Twitter appeared an attractive picture with a view from his retirement villa on the Island of Dominica.

We closed on our retirement property near the island of Dominica. We're moving there for good in one week with our staff. But nothing will change. It's the Internet age, plus you will see me at every important conference. I will still be with you. First photo: view from our pool: pic.twitter.com/vYzySWws3C Lambo for a young millionaire

$61 - a dish in Polo Lounge restaurant

Dubai attracts everyone, including the youngest cryptocurrency millionaire Erik Finman, who, at 19, has a fortune estimated at 403 Bitcoins (~$2.8 mln). However, teenage quirks come into the picture. The thousand dollars given to him by his grandmother to pay for a college once turned into $3 mln and could not be stored further on the card. The newest millionaire was so concerned about the security of his funds that he followed the example of popular Breaking Bad series characters and went to Mexico to properly hide the hard disk with all the keys to his wallets. 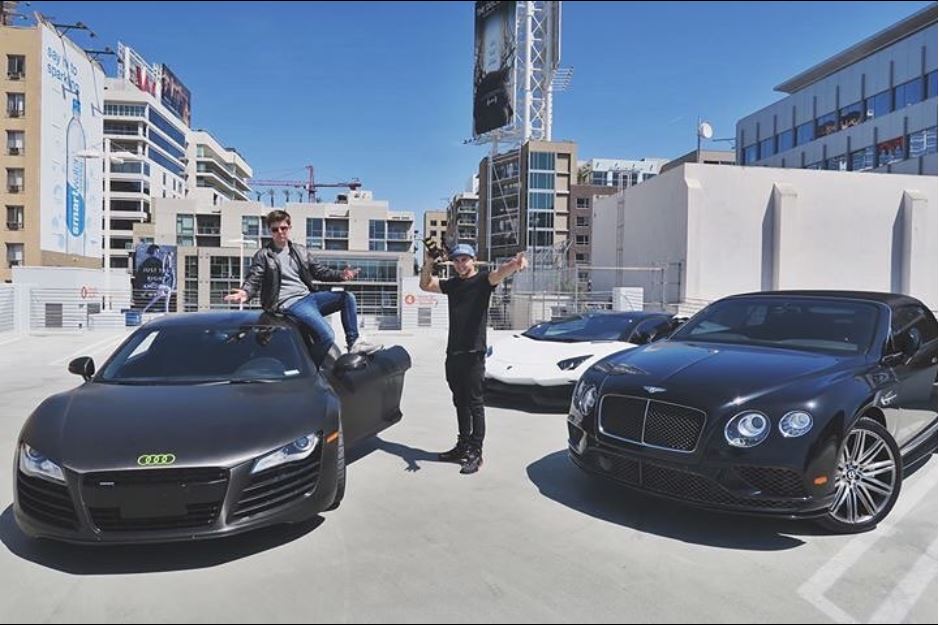 A teenager's leisure is not very similar to his peers’ pastime. He lives in Hollywood, dines at the best Beverly Hills restaurants and goes for a ride in a brand new Lamborghini with numbers corresponding to his average grade point at high school - 2.1 - which he never completed.

These words sound every time Mr. Smith talks about the history of his success. Once he was an ordinary employee at an IT company, who had bought Bitcoins only out of interest. At that time the price of one coin was $0.25 and Smith's colleagues joked about his investment.

However, by 2013 after rapid Bitcoin growth, he joined the ranks of the lucky winners who had suddenly become rich. He left the IT company and since then started traveling all over the world.

As a Bitcoin-billionaire, he flies exclusively first class or by a private jet, and stays in five-star hotels, one if which is Horizon Club Lounge of the Island Shangri-La in Hong Kong. He has already forgotten when he last ate at home. In a refined Gatsby-style manner Smith raises a glass of champagne with the phrase:

The lifestyle of Mr. Smith and other crypto stars is a reflection of the era of "new billionaires" and the cherished dream of those wishing to become rich in a moment. But whether their immediate existence is so cloudless and whether they will replenish the ranks of millionaires this year is unknown. In any case, in 2018 we will see new faces on Branson’s island, ICO startups ads for a million dollars, and futuristic gadgets.