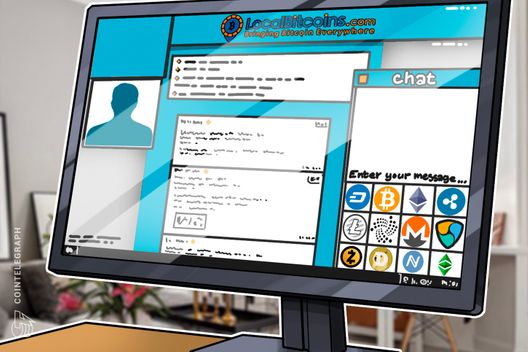 Popular P2P trading platform Localbitcoins is facing a social media backlash after reports that it is clamping down on anonymous trading for high volumes.

A Reddit thread begun by user u/yellowcuda reproduced a screenshot of the P2P marketplace in which an account holder receives a message demanding ID be submitted due to “significant trading” over the past year.

“Error! Your trade volume has been significant in the past 12 months. Please, verify your ID to continue trading,” the message reads.

LocalBitcoins is one of the oldest functioning ‘mainstream’ Bitcoin trading platforms, based in Finland since June 2012.

Despite introducing new and higher fees last year to cope with fluctuations in Bitcoin network costs, users have traditionally praised the platform for its low-key, yet reliable presence in the industry.

Attempts by Russia to block access to the service in 2016 resulted in a dedicated mirror site Localbitcoins.net opening up, while later on, developers also opted to batch transactions to save on network fees.

However, handing over personal documentation to LocalBitcoins appeared to be a step too far for some traders, who reacted by saying that the lack of anonymity was against the ethos of the non-corporate segment of the Bitcoin industry.

“RIP localbitcoins. Hi, another centralized exchange,” one of the top comments on the thread read.

It remains unclear whether the KYC/AML rules affect all LocalBitcoins jurisdictions, and how much trading activity constitutes a “significant” amount. At press time, Cointelegraph had not received a response from the platform to a request for comment.