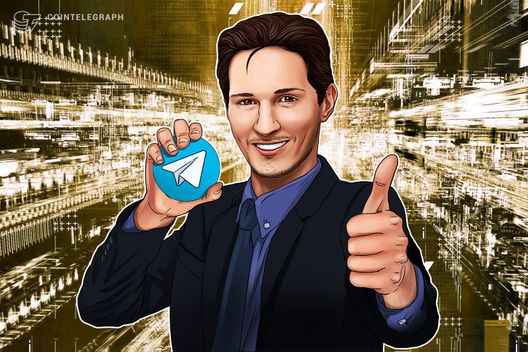 In order to ban access to the messenger, the authority has blocked nearly 20 mln Google and Amazon Internet Protocol (IP) addresses as of April 17, but Russia’s Telegram users say that the app still works without applying any additional means of circumventing the block, such as proxy and VPN services.

While the crypto community’s go-to messenger app is still operating in Russia, the users of dozens services, which are not related to Telegram, have complained about crashes associated with blocked IP addresses. Viber messaging app experienced connectivity problems, which affected calls shortly after RKN began blocking.

Some users in Russia are experiencing problems making calls on Viber. These issues seem to come from connectivity problems to Amazon Web Services in Russia. Our team is working around the clock to restore access to users.

Some services could suffer considerable losses due to network crashes allegedly caused by RKN. Skyeng online school could lose up to 30 mln rubles or $480,000 in one evening due to network failures. According to local media outlet Meduza, about 60 local businesses including proxy services have sought legal assistance on the matter.

According to the head of RKN Aleksandr Zharov, the authority has managed to block 30 percent of Telegram networks, and the amount of complaints from services that have suffered as a result of the ban is “quite low.” RKN has also issued warnings to proxy and VPN service owners about upcoming bans citing “extremism and calls for mass disturbances.”

Meanwhile, Telegram’s creator Pavel Durov posted on his Vk.com social media profile that he is giving donations in Bitcoin (BTC) to proxy and VPN administrators in order to support the resistance. Durov claims he is “happy to donate millions of dollars of personal funds” to protect digital freedoms and progress.