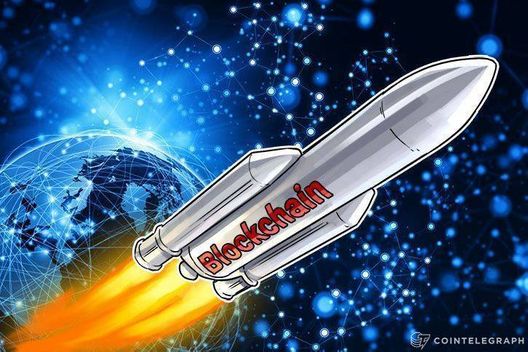 NASA, is funding a research program to examine the application of Blockchain technology for developing a spacecraft that could “think” for itself.

The National Aeronautics and Space Administration (NASA) has awarded a new grant that supports the development of an autonomous spacecraft that could make decisions using Blockchain technology without human intervention, news outlet Space.com reported April 18.

Jin Wei Kocsis, an assistant professor of electrical and computer engineering at the University of Akron, Ohio, received a $330,000 NASA grant to support her research. Kocsis said that the research program will examine the application of Ethereum-based Blockchain technology in developing a secure computing system to be used in deep space:

"In this project, the Ethereum Blockchain technology will be exploited to develop a decentralized, secure, and cognitive networking and computing infrastructure for deep space exploration… I hope to develop technology that can recognize environmental threats and avoid them, as well as complete a number of tasks automatically. I am honored that NASA recognized my work, and I am excited to continue challenging technology's ability to think and do on its own."

The system will reportedly use the underlying “smart contracts” technology to build a spacecraft that could “think” for itself, enabling it to automatically detect and dodge floating debris in a timely manner. Wei Kocsis hopes that with such technology, spacecraft will be able to complete more tasks, provide more data, and give scientists more time for information analysis, as they would no longer be be occupied with anticipating environmental threats.

The University of Akron didn’t disclose a timeline for when Wei Kocsis technology would be sent into the space. However, Thomas Kacpura, advanced communications program manager at NASA's Glenn Research Center, said this is the first time the center considered Blockchain applications in terms of space communications and navigation.

In February, Qtum, a decentralized Blockchain application platform capable of running “smart contracts”, announced that its “first ever space-based Blockchain node,” had been launched on a Chinese satellite.