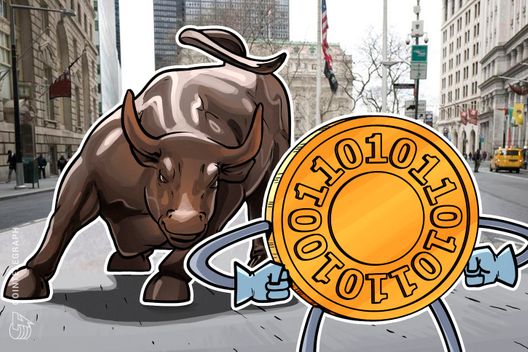 The second quarter of 2018 could spell a fresh “bull market” across cryptocurrency, Saxo Bank analysts have determined.

Eyeing what he describes as “springboards for a cryptocurrency bull market in Q2” this year, analyst Jacob Pouncey from the bank’s SaxoStrats in-house team of strategists queried whether crypto-assets were “entering a new cycle.”

“Historically, many of the blue chip cryptocurrencies have seen price increases in the face of global uncertainty and risk-off events such as Brexit, the election of President Trump, and the North Korean missile tests,” he wrote, continuing:

“The inflow of institutional capital to the cryptocurrency market due to the increase in regulation and investor protection could lead cryptocurrencies to a positive quarter.”

Saxo Bank is well-known for its price predictions for Bitcoin in particular. In 2016, when Bitcoin was trading between $450 and $950, analysts forecast prices hitting $2,100 the following year, something at the time it included in a list of  “outrageous predictions.”

Last December meanwhile, it warned BTC/USD could fall to $1,000 in 2018, while fellow analyst Kay Van-Petersen nevertheless went on record to predict $100,000 per bitcoin by the start of 2019.

Discussing whether motivating factors could end the downward trend seen throughout Q1 meanwhile, Pouncey suggested it would soon be right to call time on the cryptocurrency bear market. He concluded:

“In my opinion, we will eventually see the end of the current, negative cryptocurrency cycle, as many of the weak hands have been shaken out by the bear market and the remaining investors are on the ready to latch onto any good news after the bad start this year.”