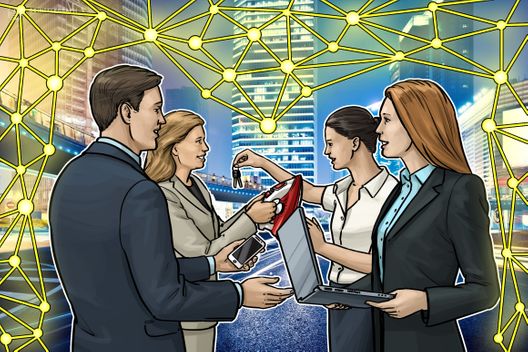 The sharing economy is still in its infancy and fragmented, but Blockchain may have the potential to fuel its growing popularity.

What is the sharing economy?

Put simply, this is where individuals share items or services, usually on the internet.

Even if you haven’t heard the term, you’ll know about the phenomenon.

Through countless apps and websites, it’s possible to rent things by the day or the week – even by the hour. Occasionally it’s free, but usually there’s a fee.

For those doing the borrowing, it can bring considerable savings when compared to buying a brand-new item that might only need to be used once.

Meanwhile, for individuals who are willing to share their stuff, the concept can help them make a decent side income – boosting their usual earnings.

Given the sharing economy is still in its infancy, most of us have little awareness about the plethora of companies already in this industry. The accommodation app Airbnb and ride-hailing service Uber are two of the biggest and best-known players, and both are now mainstays in cities worldwide.

What can be shared?

Hundreds, if not thousands, of platforms have launched in recent years. If there’s something you want to borrow or lease, the odds are there’s a way of doing it.

You can share someone’s garden if you live in a bustling city, strike up job shares, team up with other travelers to share a tour, swap books, and even take someone’s dog out for the day. Social dining and borrowing DIY tools is also possible.

It seems that current businesses have barely scratched the surface of what’s achievable, too, as new ideas are emerging all the time.

So I can borrow a car… or a dog. What are the advantages?

For starters, it could prove more environmentally friendly.

Think about it: instead of 10 people owning a car that they only need to use occasionally, they can share someone else’s whenever required. Certain concepts such as car sharing, where colleagues hitch a ride together, can dramatically reduce CO2 emissions.

The shift in emphasis from ownership can also make life more affordable. Instead of splashing out on expensive possessions, you can use a fraction of this cash to borrow someone else’s and put the rest towards experiences.

It can also bring communities together – especially in the dog-sharing example we mentioned earlier. If you love pets but can’t have one yourself, striking up a relationship with a dog owner and their furry friend can help you meet new people. Better still, you can enjoy occasional walks in the park without the responsibilities of looking after a pet full time.

Aren’t there downsides to letting someone borrow your dog?

For people with assets to share, trust can be an issue.

Allowing someone to borrow your car or the beloved family dog can be a stretch if you’ve only just met them.

The sharing economy is addressing this by using rating systems which show the experiences borrowers and lenders have had in the past – providing peace of mind. Disputes can also be raised if an item is returned broken, or not returned at all. However, encouraging a culture of sharing might take a little time yet.

One frustration for customers at the moment is the fragmentation of the sharing economy, which means you need to register and generate a login for every service you want to use.

Meanwhile, those hiring out their spare rooms, cars and other assets can be charged high transaction fees by the platforms that make these transactions possible.

How big is the sharing economy?

The statistics are staggering.

Research by Conde Nast Traveler shows Airbnb had racked up 200 mln bookings by 2016. Uber says it has 75 mln customers and 3 mln drivers worldwide – and together, they completed 4 bln trips in 2017 alone. And these numbers cover just two well-known companies.

PricewaterhouseCoopers says the sharing economy has grown at “breakneck speed,” with its research concluding that this growth is sustainable. By 2025, it estimates transactions across just five sectors of this sprawling industry will be worth almost €570 bln in Europe alone (that’s about $705 bln.)

Let me guess… Blockchain could shake up the sharing economy?

That’s right. Some entrepreneurs believe this technology could eliminate the problems which are holding back the sharing economy.

This is because a Blockchain ledger could make transactions more secure and difficult to tamper with – enabling in-depth details about assets, and who is using them, to be stored on a universal database.

Smart contracts could also eliminate the need for sharing economy platforms that serve as middlemen, driving down commission fees.

Blockchain start-ups such as ShareRing want to reduce fragmentation in the sharing economy by making it possible to rent and lease virtually any asset on one platform – with customers being able to borrow anything through a single account and pay someone instantly through a dedicated cryptocurrency. The company also wants to remove borders, meaning it would be effortless to use whether you were in Hong Kong or Havana, London or Louisiana.