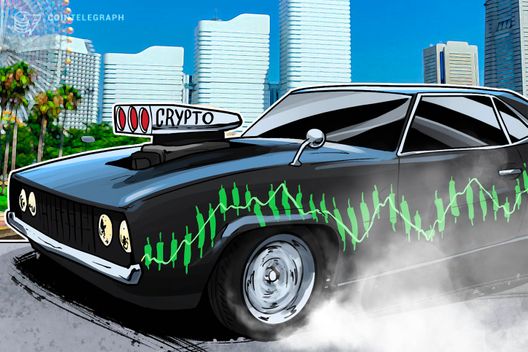 The crypto markets are continuing on their upswing today, with Bitcoin (BTC) over $8,500 and Ethereum (ETH) approaching $600, according to Coin360 data. 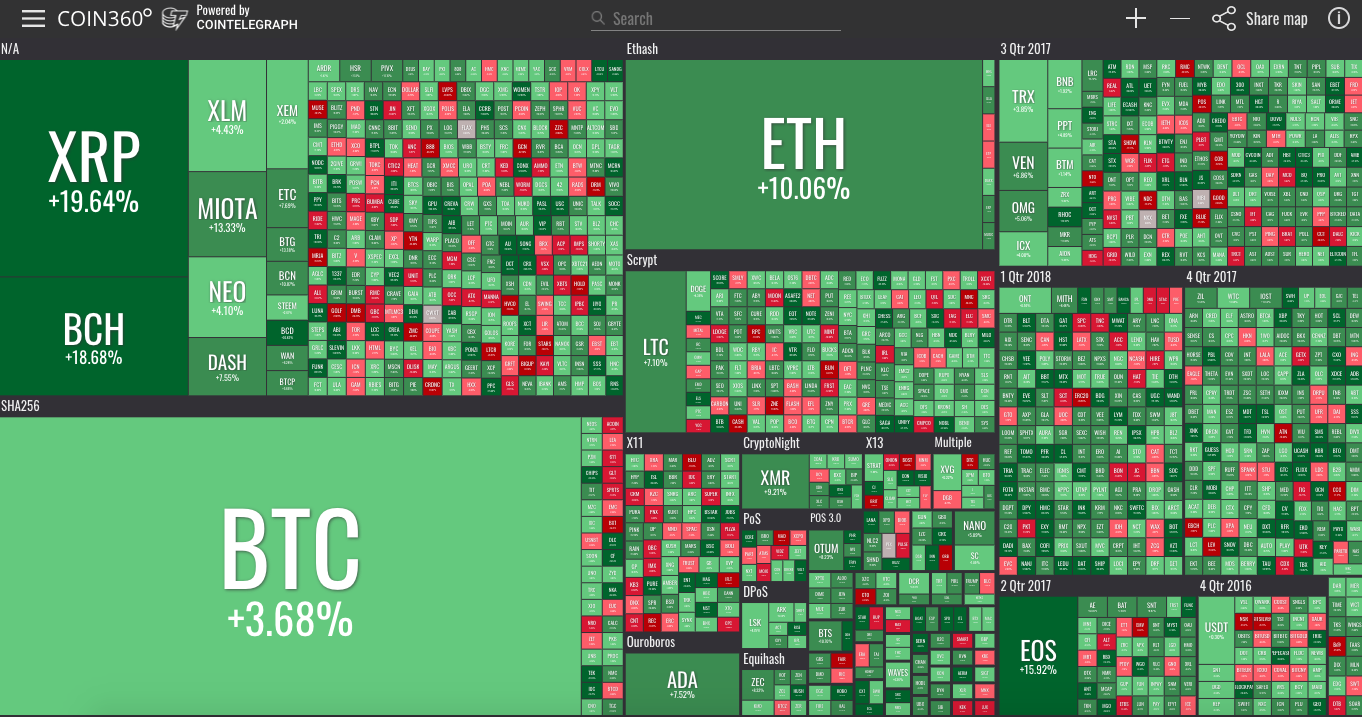 BTC is currently up more than 3 percent over a 24 hour period, trading at around $8,549. The last time BTC was at this price point was on March 25. 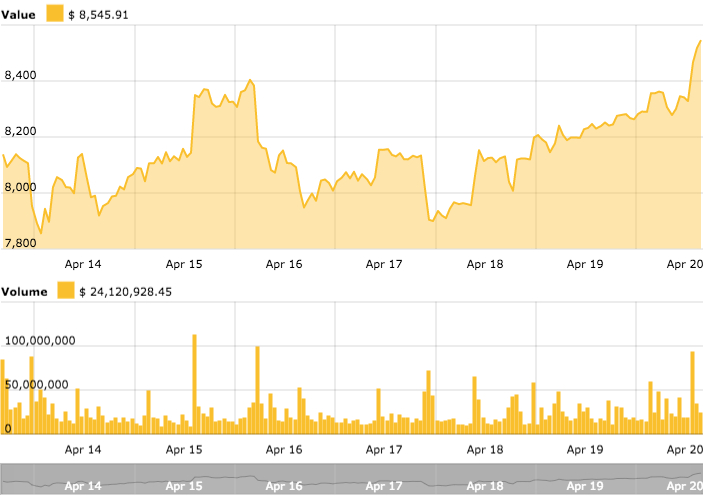 BTC dominance is also down today, to around 38.5 percent. BTC dominance had been around 40 percent since March 1. 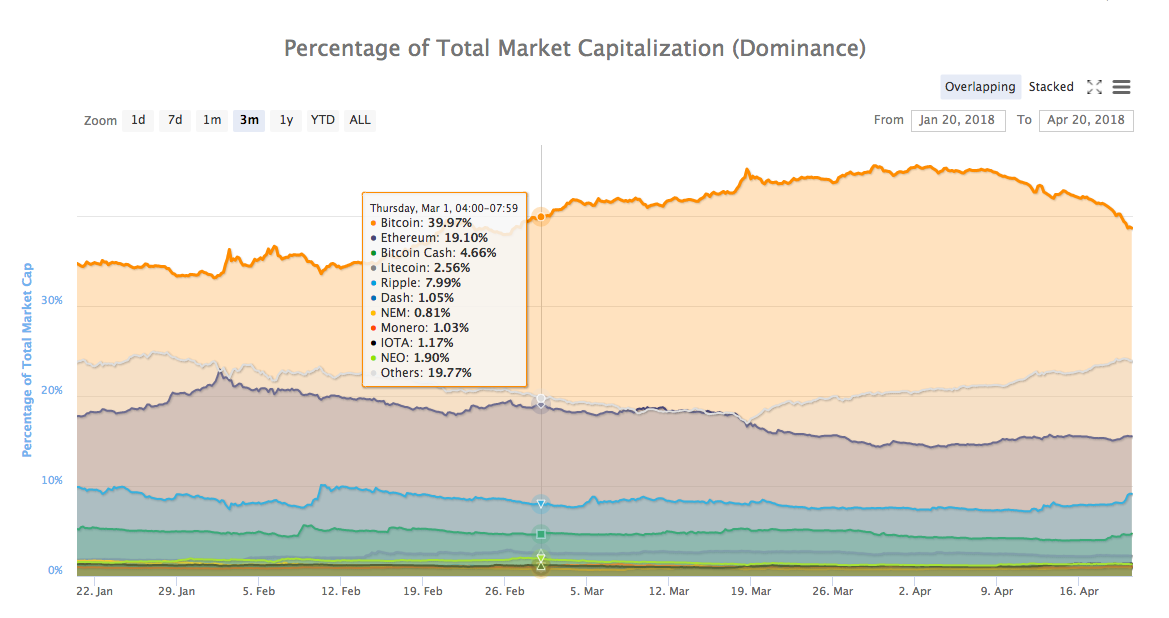 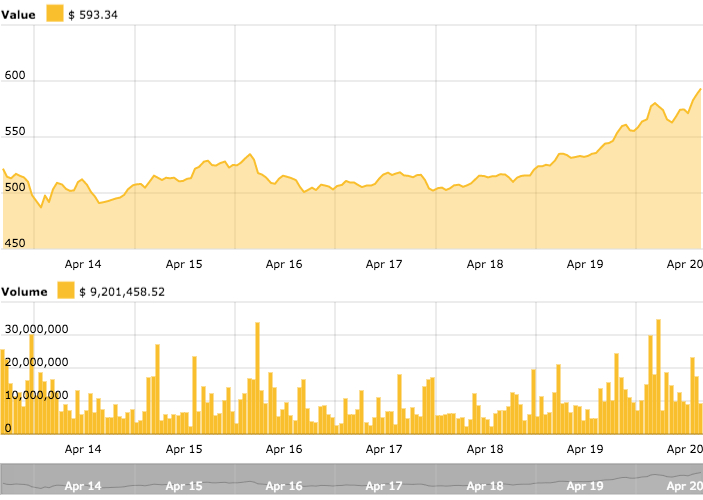 Of the top ten coins on CoinMarketCap, Ripple (XRP) is up the most, over 20 percent over a 24 period, trading at around $0.87 by press time.

Fundstrat’s Tom Lee had tweeted a poll two days ago on April 18, the day after US tax day, asking his followers what they thought BTC’s price would be in July of this year. Lee had previously predicted that a massive crypto sell off before the April 17 tax day in America was what could have caused crypto’s slump since the new year.

The results of the poll show that the majority of voters (Lee’s followers) see BTC as reaching above $12,000 by June, which Lee attributes to “Tax issue done” and “Major investor coming”:

CRYPTO POLL: Final tally (thank you for voting!)... 64% see #BTC >$12,000 by mid-year. While we have no baseline (is this contrarian or confirming), multiple and growing arguments for why Bitcoin >$12K by Summer. Tax issue done. Headline risk fading. Major investor coming. https://t.co/8tuj8J1LjL

This past week has also seen several traditional Wall Street players move into the crypto sphere, perhaps triggering an interest in crypto by institutional investors that has positively affected the market.

Of the top 75 coins on CoinMarketCap during this bull market, only DigiBite is in the red, down around .5 percent over a 24 hour period and trading at around $0.03. Ironically, one commenter of Lee’s BTC poll from earlier this week attempted to promote DigiByte as the “future of crypto”:

Now Thomas.. What you should be asking is where will #DigiByte be... The future of Cryptocurrency is #DigiByte! 😁

What an amazing prediction. I think I'll either be rich or poor in 20 years. We may go to Mars by 2030 or not get there. Where's my award?