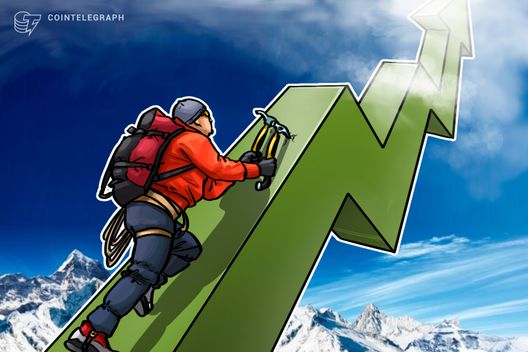 After breaking $9,000 earlier today, Bitcoin is back around $8,700 as the market sees some small price fluctuations.

The crypto markets are experiencing slight price variations after the recent uptick, with Bitcoin (BTC) breaking $9,000 earlier today, April 21, and Ethereum (ETH) briefly over $600, according to Coin360 data. 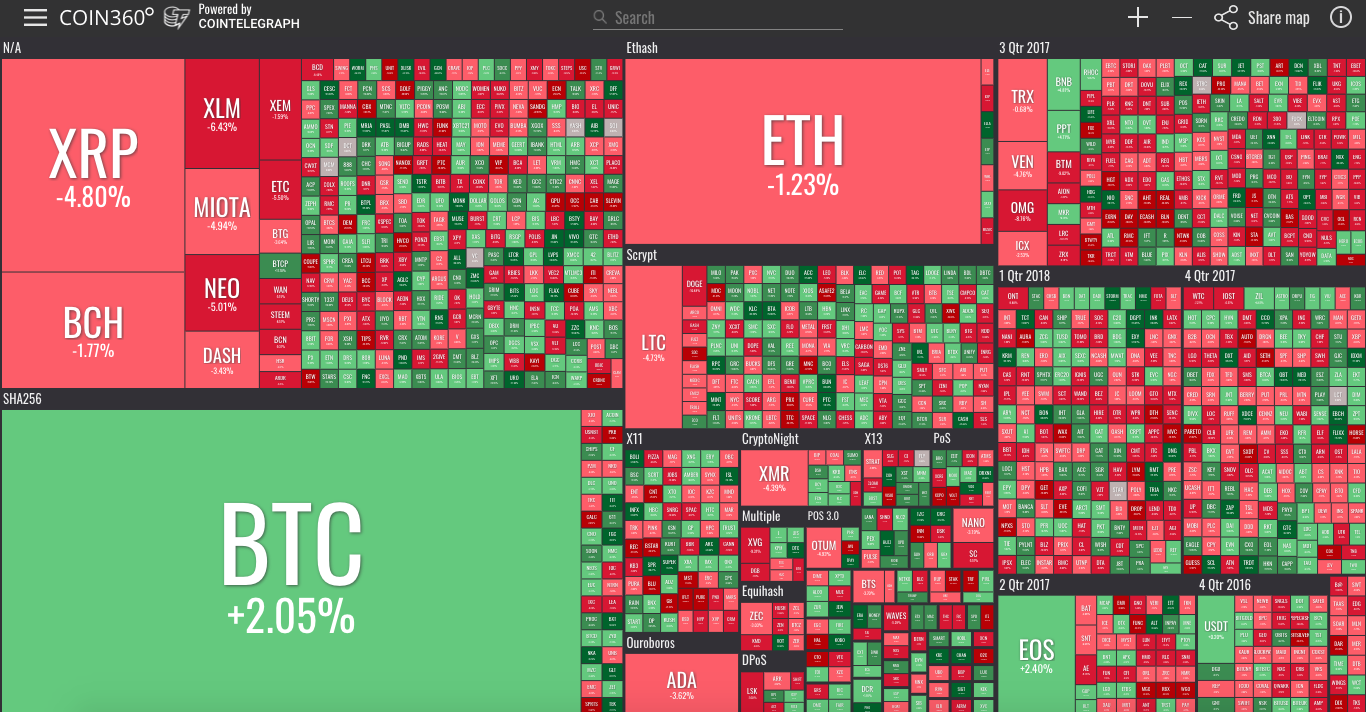 BTC is now trading for around $8,700, up around 2 percent over a 24 hour period to press time. BTC dominance is slightly up from yesterday, now around 39.9 percent, according to data from CoinMarketCap. 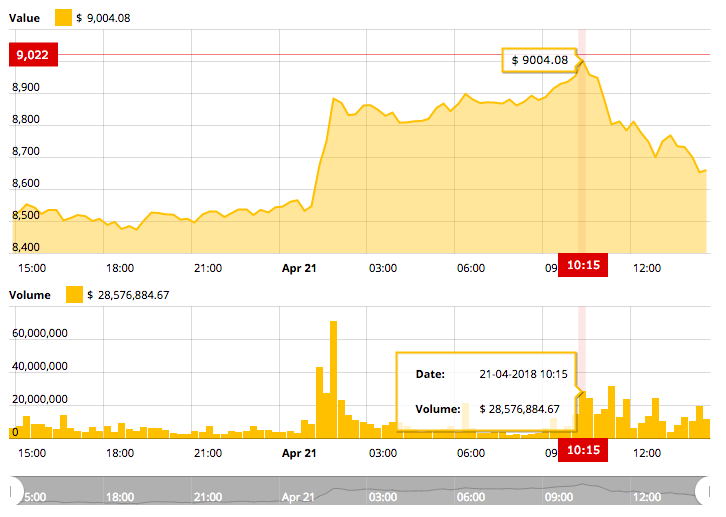 ETH is down around 1 percent over a 24 hour period, trading for around $589 to press time. 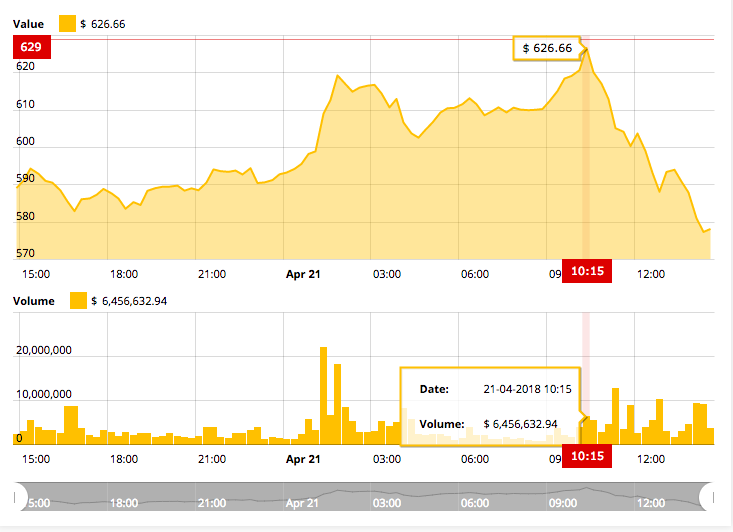 The top ten coins listed on CoinMarketCap are a mix of red and green, with altcoin Stellar down the most, with a decline of more than 4 percent over a 24 hour period, currently trading around $0.36. Ripple (XRP) is also down around 4 percent over a 24 hour period after yesterday’s more than 20 percent gains, currently trading around $0.83 to press time.

EOS is up the most of the top ten coins, around 3 percent over a 24 hour period and trading for around $10.63 to press time.

The market’s recent gains, despite some price waffling today, could be attributed to Tom Lee of Fundstrat’s hypothesis that the market would bounce back after a crypto sell off leading up to US tax day on April 17.

The rising interest in crypto by Wall Street - shown by several execs leaving their traditional financial jobs to join the crypto sphere, as well as by institutions like the Rockefeller’s Venrock partnering with Coinfund and the Soros Management Fund reportedly getting into crypto trading  - could also have triggered the market uptick.