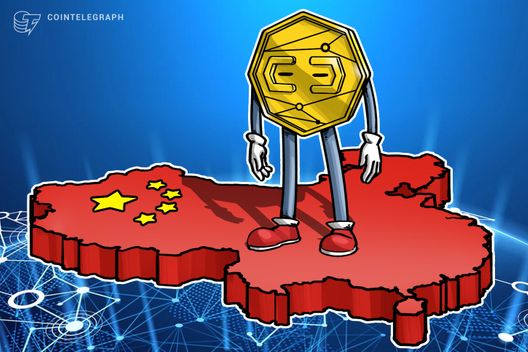 The Chinese government China reaffirmed its strict stance on ICOs and crypto in a recent statement claiming to combat illegal fundraising.

In a joint statement provided by several regulators, the People’s Bank of China (PBoC) stated that it will continue to fight risks from internet financing and highlighted that ICO projects and trading platforms have been closed to the benefit of public safety.

By focusing on combating illegal fundraising, Chinese regulators seek to protect the public from falling victim to scams, stressing the that some people have lost their life savings. The Chinese government banned cryptocurrency trading and ICOs in late 2017 as an illegal fundraising method, and reaffirmed its negative stance towards the market this year.

On April 11, Chinese online shopping website Taobao, a subsidiary of retail giant Alibaba, announced it will be banning stores on the platform from providing services related to ICOs, citing risks of illegal fundraising and easy speculation.

In the Chinese special administrative region of Macau, the Monetary Authority recently warned the public about the possibility of “fraud and criminal activities” in cryptocurrencies. The warning followed revelations that Macua Dragon Group employed Cambridge Analytica to promote Dragon Coin, a new virtual currency for gamblers to transfer money to Macau casinos.