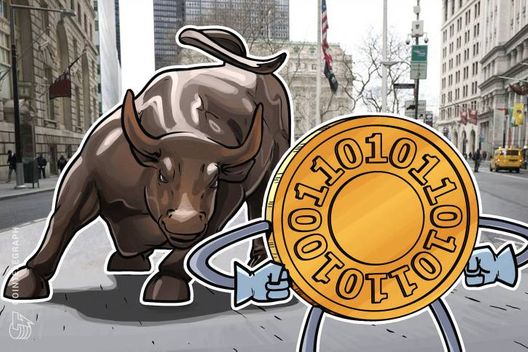 The managing director of Comcast’s venture capital arm is bullish on Bitcoin and future real world applications of blockchain.

Gil Beyda, managing director of the venture capital (VC) arm of Comcast, appeared on CNBC today, April 26, with a bullish outlook for Bitcoin and real world applications of blockchain technology.

Comcast Ventures has already invested in blockchain startups, and four of the firm’s partners are focused on blockchain investments.

Beyda emphasized that cryptocurrencies could have a significant impact on underdeveloped economies, with unbanked populations bypassing the traditional financial sector and moving directly to a crypto-based economy. He added that countering electoral fraud could be a major real world application for blockchain.

Nonetheless Beyda says that, “blockchain is still waiting for that killer app.” Beyda admits that the technology already has major disruptive potential in areas such as content distribution, e-commerce, and social media. However, he expects it will still be “a year or two” for a wholly new application to be imagined and dictated by the possibilities of the technology itself.

Beyda anticipates the Securities and Exchange Commission (SEC) to soon finesse its regulations to bring Initial Coin Offerings (ICOs) under its jurisdiction. He also advised investors to devote only 5 percent of their portfolio to crypto, saying he would proceed with “a lot of caution,” amid market volatility.

In January, Cointelegraph reported that VC blockchain investment in 2018 is already on track to exceed 2017’s numbers. Earlier this month, Venrock, the official venture capital arm of the Rockefeller family, announced its partnership with crypto investment and blockchain research firm Coinfund.