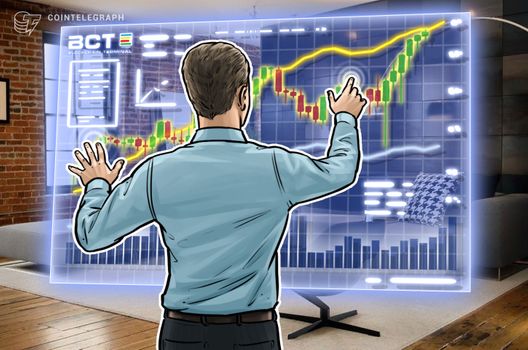 A company which has created a terminal offering data from more than 60 crypto exchanges has started rolling out the hardware to industry leaders.

A company which has created a terminal for exchanging cryptocurrencies, as well as state-of-the-art compliance technology, has started to roll out early versions of its hardware to industry leaders worldwide.

Blockchain Terminal says several alpha terminals are already in use – and right now, 200 beta machines are being built in New York.

Its hardware brings together market data from more than 60 exchanges, as well as details of upcoming ICOs, to give investors access to hundreds of cryptocurrencies in a “secure and monitored environment.”

“We are trying to bring stability, accountability and transparency to this new and exciting ecosystem and digital currency community.”

According to Blockchain Terminal, rising cryptocurrency prices have left the vast majority of the hedge fund industry behind – with many institutions unable to buy, trade and invest because they have been equipped with tools that are not suitable for analyzing these assets and completing transactions. To add insult to injury, existing systems for trading crypto lacked the compliance capabilities that the sector so desperately needed.

The company says a bridge between crypto markets and institutional investors is achieved through ComplianceGuard – an application it has created to surpass the stringent standards imposed by hedge funds. According to Blockchain Terminal, this technology provides the necessary safeguards, alerts and auditing capabilities that investors need to “confidently participate in cryptocurrency purchases.”

A consolidated wallet means one account can be used for trades on dozens of exchanges. Blockchain Terminal’s ecosystem is equipped with an open-source app store so software can be built which fulfills the needs of different investors – and the company says this marketplace is fueled by a thriving community of developers who are working on new programs all the time. A utility token known as BCT has been created, and this will be used for completing all of the functions that the terminal provides.

Blockchain Terminal says it is launching at a time when hedge funds are suffering a crisis of confidence – with high fees and weak levels of performance seeing an estimated $112 bln pulled from the industry.

Last autumn, a survey conducted by BarclayHedge revealed that one in four hedge funds are either already investing in crypto or want to begin doing so over the next six months – a snapshot of the growing momentum these assets are experiencing.

As the first Blockchain terminals are put to the test, the company is already thinking ahead and mapping out new features for the future. Initially, the machines will be equipped with USB ports to ensure they are compatible with hardware wallets – and over time, the interface will be made available on mobile and tablet devices so institutional investors are just a tap away from the latest data.

Blockchain Terminal’s initial coin offering is scheduled to end on 30 April, with the company claiming that earlier phases of its crowdsale – including a private presale – were immensely successful.

Looking ahead to the future, the company hopes to launch a retail-friendly of its terminal by the autumn – further accelerating the adoption of its machines. Soon afterwards, the platform’s potential uses would be further buoyed by the integration of third-party applications.

In recent weeks, Blockchain Terminal’s team have been attending crypto conferences in North America, Europe, Asia and the Middle East.