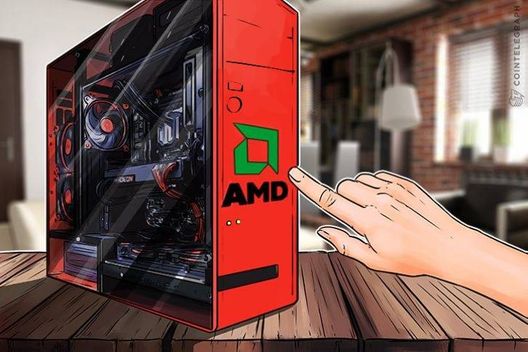 AMD CEO admits blockchain is important, but calls the technology “a bit of a distraction in the short term”.

CEO Lisa Su of AMD, an American multinational semiconductor company, said that Blockchain is “a bit of a distraction in the short term” in an interview with CNBC April 26.

Su admitted the importance of blockchain, stating, "It's a very important technology [...] The idea you can do all these peer-to-peer transactions, a decentralized network, it’s a good technology, but frankly l think it's a bit of a distraction, in the short term.”

Su mentioned better-than-expected growth in her company in the first quarter of the current year, stating that rather than getting caught up in the hype surrounding blockchain, they would focus on their core markets. When asked whether she thought blockchain was “temporary in nature… and not a reliable avenue of future growth” she said:

“The long-term technology around blockchain is an important technology, and we’re spending a lot of time with some of the key influencers in this area, so I think it’ll be here for the next 3,4,5 years. Now what it does tomorrow vs. yesterday, I think that’s anyone’s guess.”

AMD’s stock jumped 11 percent on April 25 after an announcement that they had outperformed earnings estimates. When asked by an interviewer whether the company was underplaying the role of Ethereum mining hardware in this success — the interviewer cited 23% of first quarter 2018 revenue — Su replied:

“We believe blockchain or mining was about approximately 10 percent of our revenue during the quarter. And the truth is there are a lot different factors in these estimates. We feel we have a very good idea of what people are using our products for. It’s a nice growth factor, but it’s certainly not the dominant growth factor in our story.”