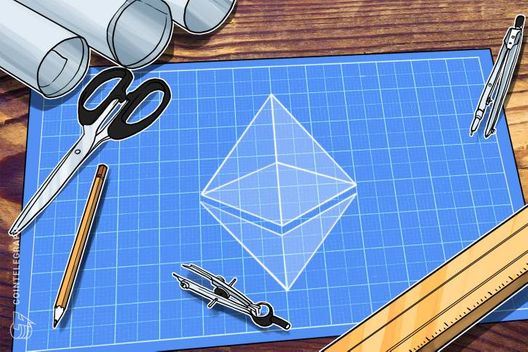 An independent financial consultancy company has predicted that Ethereum could see a significant rise by the end of this year, reaching $2,500.

Independent financial consulting company deVere Group, which provides investment and wealth management services, has predicted that the price of Ethereum (ETH) could hit $2,500 by the end of the year, MarketWatch reported April 27.

The financial consultancy firm said that the second largest cryptocurrency could see a significant rise, predicting its fourfold increase thanks to growing adoption of the digital currency as well as the use of smart contracts. Nigel Green, founder and CEO of deVere Group, told MarketWatch:

“The price of Ethereum is predicted to increase significantly this year, and could hit $2,500 by the end of 2018 with a further increase by 2019 and 2020 [...] This general upswing will be fueled by three mains drivers. First, more and more platforms are using Ethereum as a means of trading. Second, the increased use of smart contracts by Ethereum. And third, the decentralization of cloud computing.”

Green also said that the introduction of cryptocurrency market regulation is only a matter of time. According to Green, this will result in more confidence in the market and better investor protection. At press time, Ethereum is trading at $653.66, with a market cap of $64.7 bln.

Following the record-breaking rally of Bitcoin last December, Green predicted that, “We should expect to see Bitcoin see-sawing in coming weeks. Sharp moves are likely, followed by subsequent corrections.”

Earlier this month, Fundstrat co-founder Tom Lee, known for his optimistic Bitcoin predictions, repeated his bullish forecasts for the leading cryptocurrency price, telling CNBC that it could reach $25,000 by the end of the year.