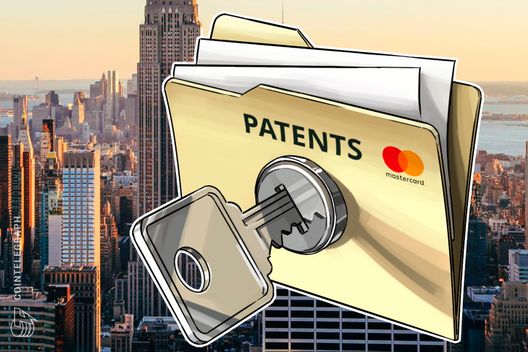 MasterCard has published a patent for a ‘fast track’ blockchain system, which would enable new nodes to verify blocks at greater speed.

MasterCard has filed a patent for a system to speed up the activation of new nodes in a blockchain, in an application published by the U.S. Patent and Trademark Office (USPTO) April 26.

The application, which was first filed on October 24, 2016, outlines that the current difficulty facing new nodes –  a computer connected to the blockchain network that stores a copy of the blockchain – is that they are required to individually verify a massive amount of data in order to activate. The patent states that new nodes must verify “thousands, millions, or even billions of transaction records […] in a vast number of different blocks” that may have accumulated over time in a given blockchain, generating a significant delay before each new node can begin to participate in the network.

The patent proposes a technical solution for faster navigation, in which “fast track flags” would be included in block headers, so that new nodes could scan and verify the blockchain at greater speed:

The patent also outlines the use of software specifically configured to perform querying, hashing, and signatory operations, that would further enhance system efficiency.

Overall, the company appears to be vigorously pro-blockchain, yet anti-Bitcoin: in Oct. 2017, the company’s CEO scorned non-government issued cryptocurrencies as “junk.” This March, a senior MasterCard executive reiterated that the company is receptive to central bank-issued digital currencies only.