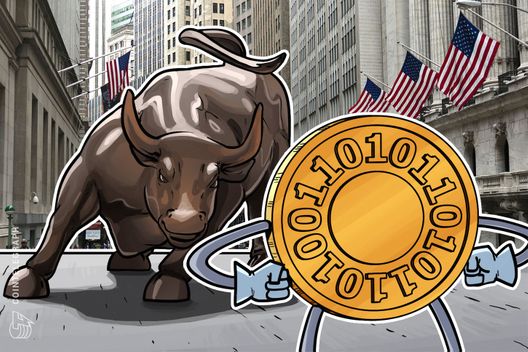 Nick Colas, the first Wall Street brokerage analyst to cover Bitcoin (BTC) extensively, has urged investors to think twice before entering the crypto market, despite the market’s recent rally, in an interview with CNBC May 4.

Colas has a well established reputation among Wall Street professionals, having authored Convergex’s popular Morning Markets Briefing for 14 years. He refuted the idea that in the wake of the market’s early year crash, now could be an opportune moment for investors to get in:

“A lot of people [are] asking [whether] now [is] the right time to buy, and the short answer is no, for two fundamental reasons. The first is we’re not seeing a lot of incremental engagement from people interested in buying Bitcoin for the first time, and like any new technology you need new adopters to come in to make it more valuable. And in terms of Google searches, they are way down from the peaks back in December and January, [by] 85 to 90 percent…

Colas added that he was concerned that there is now relatively little wallet growth, with only 2.2 percent more people opening Bitcoin wallets to purchase the cryptocurrency last month, as opposed to the 5-7 percent monthly growth that was recorded during all of last year.

When asked whether last year’s soaring market valuations were evidence that Bitcoin is indeed a bubble, Colas responded:

“Certainly in retrospect it was absolutely a bubble based around the Futures launch in December … [I’ve covered Bitcoin] since 2013, [I] fundamentally believe in the structure of the technology and the story, but it obviously has huge price volatility around it, and we’ve seen that even in the past month with [the market] rallying as much as it has.”

Colas’s circumspect tone as to whether mainstream adoption can become a reality anytime soon sets his argument apart from other crypto investment perspectives, which can often seem hopelessly polarized between either the diehard skeptics or the exuberant Bitcoin bulls.