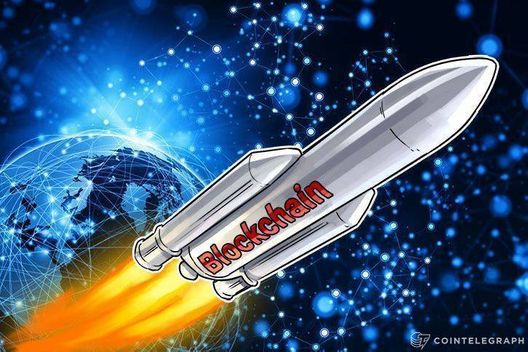 Accounting firm PwC has acquired a minority stake in Chinese blockchain-based startup VeChain in order to integrate VeChain’s services platform into its infrastructure.

PricewaterhouseCoopers (PwC), a multinational audit and consultancy firm, has acquired a minority stake ‎in Chinese startup VeChain, according to a press release May 4. VeChain Global Technology Holding Limited is a blockchain service provider specializing in anti-counterfeiting, supply chain management, and the Internet of Things (IoT).

With this move, PwC reportedly intends to integrate VeChain’s service platform into its infrastructure, which will require the use of VeChain Tokens in order to access and perform transactions. PwC Asia Pacific and Greater ‎China Chairman Raymund Chao commented on the collaboration:

‎VeChain’s system is designed to apply IoT technology to create private keys for each product, making it possible to trace them throughout the distribution process. PwC’s participation will contribute to VeChain’s expansion in Hong Kong and Southeast Asia.

PwC is one of the “Big Four” tax and accounting companies in the world along with Deloitte, KPY, and KPMG. PwC became the second mega professional services company to accept Bitcoin for client invoice settlements after Ernst & Young.

In November last year, KPMG joined the wave of large-scale corporations adopting blockchain. The company signed on as a corporate member of the Wall Street Blockchain Alliance (WSBA), which aims to facilitate the implementation of blockchain innovations in the financial sector.

VeChain is the fifteenth-best token in terms of market capitalization. It has recently recovered amid strong fundamental news as market participants are excited about the VeChainThor Blockchain whose Mainnet Launch is expected mid June.