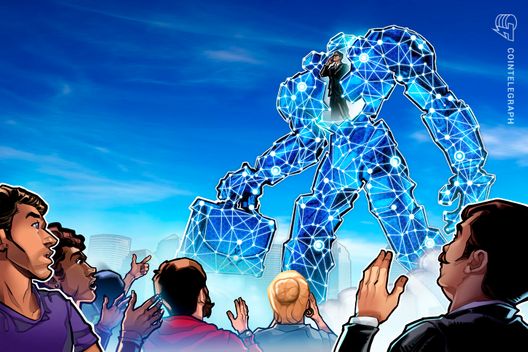 One of the first major waves of Bitcoin and cryptocurrency adoption was when Wall Street players began looking into Bitcoin as a speculative asset with the promise of massive gains. It split the community as some embraced it, while others shunned it.

Now however, banking and cryptocurrencies, especially the blockchain aspect of the digital currency, has attracted newcomers. Banks such as Goldman Sachs have gone from ignoring the technology to hiring a crypto trader as head of digital assets.

Even JP Morgan, who is headed by one of the biggest detractors of Bitcoin - Jamie Dimon - has made huge steps in the adoption and development of blockchain, including building its own blockchain and smart contract platform, Quorum.

While banking institutions’ attitudes towards Bitcoin and blockchain has changed significantly, there is still a notable attitude of blockchain over Bitcoin which is still a bit counter-intuitive.

While technically not a bank in the strictest and most-understood notion of the word, the World Bank is another financial institution that is in the process of discovering the advantages that blockchain technology can bring to their specific needs.

The World Bank is viewing blockchain as a potential vehicle for building and restoring trust in financial institutions, which has fallen precipitously around the world in recent years.

The world's largest multilateral development bank is launching a ‘blockchain lab’ as part of a bid to pilot projects that can improve governance and social outcomes in the developing world.

According to Vincent Launay, an infrastructure finance specialist at the bank, the lab was launched in June 2017 as a way for the institution to try and see what potential there was in blockchain aiding in ending world poverty, but also how it can help their clients leapfrog existing and unsuitable technology. Launay told Cointelegraph:

“The objective is to get a better understanding of how blockchain can help our client countries leapfrog existing technologies. The lab is currently working on proofs of concepts at this stage.

“Some of the use cases that we are looking into are cross border payments, land administration and carbon credit trading.”

“The challenge now is to retool some World Bank staff such that they could assist clients in delivering blockchain solutions. The World Bank is a big institution, so it takes time, but we are working on it.”

Interestingly, Launay mentions the lab could partner with industry experts such as Microsoft, Amazon or Consensys to develop new solutions for the World Bank’s clients. This again indicates how the idea of blockchain technology is spreading deep into the established mainstream of major companies. However, he states that nothing has been formalized yet.

One organisation that is formally looking into blockchain technology, and is quite vocal about it, is the International Monetary Fund (IMF), which although not a bank in the typical sense, also sees benefit in blockchain.

Christine Lagarde, the head of the IMF spoken cautiously, but positively, about the potential that blockchain and cryptocurrency can have on a global stage, but it is mostly a wait and see approach.

“The IMF is already very much looking into it,” Launay reiterated. “It already published two reports on cryptocurrencies and as you probably read, Christine Lagarde is very much aware of what cryptocurrencies are and how they offer great opportunities, but also challenges.”

Race to wait and see

Blockchain technology has been seen as both exciting, and nerve-wracking, with many different organisations, across sectors adopting a wait and see approach. It has been seen with governmental regulations, as certain countries forge a head while others try and pick up on the best approach. And now with banking, this is happening too.

Farzam Ehsani, a former blockchain lead at Rand Merchant Bank and now co-founder and CEO of VALR, says that most major financial institutions now have some sort of blockchain initiative within their company. Ehsani told Cointelegraph:

“All banks are realising they need to get onto this boat, I don’t think many banks necessarily understand where the boat is going, but they realise that this is a development that is taking off and that if they want to be on this journey that everyone is going on, they need to be on the boat.”

Ehsani explains, that within his role at Rand Merchant Bank, there were heavy degrees of experimentation as the company looked to use the emerging technology to its fullest. However, even with other banks also trying to push the envelope in terms of the blockchain potential in finance, to his knowledge, none have succeeded in creating a finished product that either brings in revenues or reduces costs.

“We did a lot at Rand Merchant Bank,” Ehsani added. “We built several blockchain networks, some by ourselves, to understand the technology, and others with the industry to explore consensus algorithms. We forked the Bitcoin blockchain, conducted atomic swaps on a permissioned Ethereum blockchain, and explored smart contracts with financial instruments.

“The Reserve Bank right now, with some of the settlement banks in South Africa, are busy with Project Khoka - which aims to replicate interbank clearing and settlement using distributed ledger technology. There is a lot that is being done, but I am not aware of any significant permissioned blockchain in production that has significant impact on the economy.”

It is clear that banks are adamant to not miss out something which could be paradigm altering in the near future. The technology is financially inclined, and is disruptive in its nature. Furthermore, considering the uptake in interest from banks, clearly they have realized it is too big to miss out on.

Banking is a sector of economy that has been rigid in its evolution. It has grown at a cautious pace, but it is now on the precipice of major changes. This is due not only because of blockchain, but because of different aspects of society needing access to it.

Launay explains that in developing countries there is a massive niche of people who are unbanked, and desperate for something that suits them.

“The unbanked population is a huge market for cryptos - 2.5 bln. People do not have a bank account and may never need one. They may leapfrog straight to crypto wallets on their smartphones. The remittance industry is also going to be disrupted by cryptos as charging 5 to 9 percent to send money to Africa will no longer be acceptable. The centralized example of M-Pesa in Kenya could be replicated in a decentralized manner anywhere.”

“Banks will probably have to adapt and be more nimble, maybe offer to store cryptos for clients who may not be tech savvy enough to use their own wallets.”

Indeed, that is already happening as rumors are abound about trading desks being opened by major players, like Barclays, and Goldman Sachs. The rumors may be refuted, but where there is smoke, there is often fire.

“The new banks may not necessarily look like the old banks, look at WeChat in China,” Launay added. The bank will become an app.”

The need for the innovators

Banks are therefore getting their foot in the door, but this cautious approach, and their experimentation only gets them so far. Regulation and obligations to shareholders, as well as reputation, halt a lot of progress for banks to make a real splash in the blockchain space - they need innovators.

“Many banks are taking a wait-and-see approach, that is because a lot of them don’t necessarily have all the knowledge in house to understand the trends or how powerful the technology is. A few of them are starting to enter partnerships with blockchain startups,” Ehsani adds.

But the market is so entirely new, and there is no set path for any bank or company to follow when it comes to implementing these ideas. The issue for banks over others though is that they do have these restrictions.

“Different banks are taking different strategies. Certain banks are certainly taking a wait-and-see approach, as they do not want to be first  to the party because it is perceived to be too risky, and they do not want to jeopardize their regulatory standing, nor reputation in the market, so they have to wait to see what others do, and if they have to pay a premium to buy a start up, then they will do it.”

A lot has changed in terms of the attitude of banks when it comes to namley blockchain, as well as cryptocurrencies. There is much more experimentation, and very little shunning, but it is still very early days.

Banks have a long way to go to transform their business model, but as society changes and the needs of the population moves forward, the banks realize they have to evolve. If that means adopting blockchain technology, then they know they have to get it right.