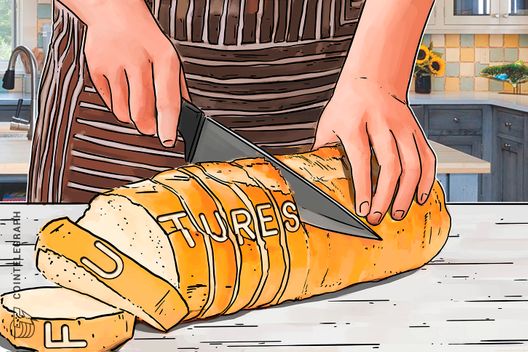 The owner of the New York Stock Exchange wants to offer its customers Bitcoin, according to unnamed sources speaking to the New York Times.

The owner of the New York Stock Exchange (NYSE) is mulling letting customers buy and hold Bitcoin, The New York Times reported late Monday, May 7. The move would be the second Wall Street giant in a week to reportedly open up to crypto.

The news comes just days after the publication quoted a Goldman Sachs executive, who appeared to confirm the bank would also debut futures “within weeks”.

ICE “has had conversations with other financial institutions about setting up a new operation through which banks can buy a contract, known as a swap, that will end with the customer owning Bitcoin the next day — with the backing and security of the exchange,” the Times wrote late Monday.

Should the move go ahead, ICE and Goldman would join an increasingly large chunk of traditional finance engaging with cryptocurrency. Other recent players now include NASDAQ, which announced it would be “open” to establishing a cryptocurrency trading platform in future.

The positions further contrast sharply with contradicting industry perspectives currently hitting the headlines, such as comments from Berkshire Hathaway CEO Warren Buffett, who this week likened Bitcoin to “rat poison.”

Bill Gates meanwhile adopted a more curious halfway position, telling CNBC yesterday that although trading Bitcoin was a “greater fool” activity, he would still “short it if there was an easy way to do it.”