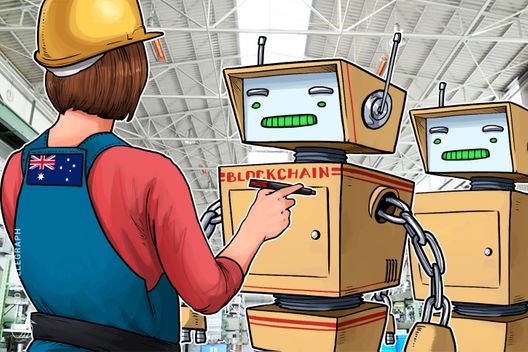 Blockchain could provide a raft of “improvements” to Australia’s trade supply chain management, the country’s interior ministry has said.

The Australian government is considering a framework governing emerging technologies such as blockchain in order to transform trade, an official said May 10.

According to news site ZDnet, the spokesperson from Australia's Department of Home Affairs (DHA) said the technology could have a significant positive effect on the country’s trade supply chain.

“Intelligence and risk assessment capabilities and revenue collection are improved by new and emerging technologies, such as blockchain, that would improve the veracity, validation, and analysis of intelligence and trade data.”

The move would give the DHA a further outlet into funding legitimate trading activity, and comes the same week as Australia’s 2018-19 budget allocated $700,000 AUD ($520,000) to blockchain research.

At the same time, a clampdown on black market and informal commerce continues, certain entities soon being subject to a maximum $10,000 AUD ($7,450) cap on cash transactions, the budget states.

“Blockchain is a tool, the information - it gives you greater visibility of who entered data into the system,” the DHA spokesperson continued touching on the regulatory note.

“Garbage in, garbage out; if somebody is intentionally trying to misrepresent the information it will still go into or be captured in a blockchain.”

In April Cointelegraph reported on Australia’s vast plans for the development of cryptocurrency and blockchain industries in the country. As part of this effort, the government has declared cryptocurrencies legal tender and is working on regulation and licensing for crypto exchanges.