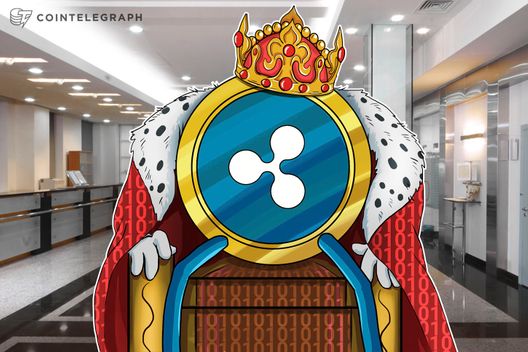 Financial institutions who participated in a recent pilot of Ripple (XRP)’s xRapid platform have reported transaction savings of 40-70 percent, Business Wire reports Thursday, May 10. In addition to cost savings, the participants have noted an improvement in transaction speed - from the average 2-3 days to “just over two minutes.”

XRapid is a liquidity solution for Ripple’s blockchain-powered real-time gross settlement system, which is designed as a tool for facilitating cross-border fiat transfers between financial institutions. Ripple is currently the third largest cryptocurrency by market capitalization, according to data from Coinmarketcap.

According to the pilot results, participating institutions reported 40-70 percent in savings by not having to use foreign exchange providers, as well as due to faster payments.

The pilot tested payments between the U.S. and Mexico. BusinessWire notes that the current system requires banks to either tie up their capital in pre-funded bank accounts in Mexico, or to go via a costly correspondent banking network.

Payments with the use of Ripple took around two minutes, as opposed to the average 2-3 days that conventional cross-border payments take, according to a report by Finance Magnates.

Paul Dwyer, CEO of money-transmitting firm Viamericas, said that the pilot had shown that digital assets will play a key role in the future in helping banks to “safely address some of the structural inefficiencies of legacy settlement infrastructure,” emphasizing that the system facilitated “rigorous compliance controls.”

In April, Santander became the first bank globally to implement a customer-ready blockchain-powered international payments network, using Ripple’s settlement infrastructure technology. This week, JPMorgan filed its own in-house patent for a peer-to-peer payments network, which would use blockchain technology for intra- and inter-bank settlements.