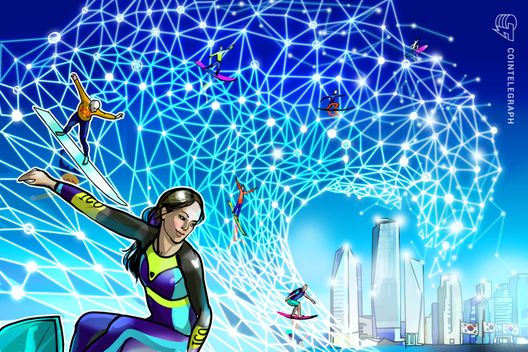 South Korean regulators are investigating a number of exchanges in the country while lawmakers are working on legislation to legalize initial coin offerings.

South Korea has long been a big player in the cryptocurrency world, but recent government crackdowns have stymied the growth of local blockchain-based firms.

Despite probes into exchanges as recent as last week, there are concerted efforts to re-legalize initial coin offerings in the country. South Korean lawmakers are working on legislation that aims to lift existing bans on ICOs.

According to The Korea Times, a group of lawmakers is hoping to overturn the government’s ban on local ICOs that was enforced in September 2017.

Helping legitimate ICOs get on their feet

The cryptocurrency boom in the last two years has led to the launch of numerous ICOs around the world. Some have been revolutionary while others have been outright scams. As a result, it is becoming necessary for government and regulatory bodies to ensure firms developing blockchain-based solutions and products are operating in good faith.

A number of scams worldwide have left a bad afterglow, so any move to legalize ICOs needs to be done with care. Leading the charge is Hong Eui-rak, a member of the ruling Democratic Party of Korea. Addressing a forum on blockchain and ICOs at the National Assembly on May 2, Hong expressed hope that the bill would garner support and be passed this year:

"The primary goal (of the legislation) is helping remove uncertainties facing blockchain-related businesses.”

The bill will foster ICOs launched by public organizations and research centers that are developing legitimate products to further the evolution of blockchain. These ICOs will be closely scrutinized by the Korean Financial Services Commission and the Ministry of Science and ICT.

National Assembly speaker Chung Sye-kyun stressed the importance of the bill and its potential to alleviate political uncertainty that has hindered the adoption of blockchain technology and cryptocurrencies in the country:

“Blockchain and cryptos can be used in various public sectors for good causes. Given their potential, we need to work to help reduce political uncertainties they face."

Financial regulator warming up as well

While lawmakers push for their bill to be cleared by the National Assembly, the South Korean Financial Supervisory Service is reportedly set to ease up on cryptocurrency regulations.

Recently appointed FSS governor Yoon Suk-heun was quoted by The Korea Times saying there were “some positive aspects” to cryptocurrencies. While he was reluctant to divulge regulatory details pertaining to cryptocurrency exchanges operating in the country, Yoon suggested that things were slowly being ironed out:

"There are a lot of issues that need to be addressed and reviewed. We can figure them out, but gradually."

Regulations have a role to play

In an interview with Forbes in April, the CEO of South Korean exchange Coinone Cha Myunghun explained the need for government guidelines and regulations in the industry. Having founded the exchange from the ground up, Cha has seen his company grow along with the popularity of cryptocurrencies, which came to a head in 2017.

As the Kimchi premium had traders in a frenzy, government regulators were forced to take a stance on the industry. That led to calls for trading bans which were later rebuked, while the banks servicing Coinone and other exchanges faced inspection by government officials.

While there was talk of an all-out ban against cryptocurrency exchanges, it never came to fruition. Cha told Forbes that would have been a foolish decision:

“It’s inevitable for the government to be concerned with cryptocurrency. But extreme measures such as the shutdown of exchanges would be going too far against the global trends.”

However, Cha believes regulations should focus on illicit activities within the market. In the past, his exchange noticed suspicious activities but had no avenue to report concerns.

The Coinone owner and other influential cryptocurrency figures in the country have been actively working with government officials to educate and inform them of the benefits of blockchain technology.

"Markets expected the introduction of the real-name registration system would have been helpful to revive trading, but these efforts failed as local banks were reluctant to invite more crypto traders.”

That hasn’t stopped the likes of Bithumb from pushing for further adoption of cryptocurrencies.

The exchange operator has been actively deploying ATMs and kiosks that accept cryptocurrency at fast food companies and malls around the country. This follows in the footsteps of Coinplug, which had previously set up Bitcoin ATMs at two locations in Seoul, according to Huffpost Korea.

One of them was at popular cafe Sedona, based in the city’s biggest mall. The presence of the  ATM at the cafe led to crypto enthusiasts frequenting the location, which led to Bitcoin meetings and conferences being hosted at the cafe. This was back in 2014 when Bitcoin was still relatively unknown by mainstream society; Coinplug has since stopped creating and operating these ATMs.

Given the surge in popularity of trading in South Korea, Bithumb is breathing new life into the cryptoATM industry.

As Cointelegraph reported in March, the South Korean government will likely move swiftly to provide regulations that will foster the growth of blockchain technology while protecting consumers from ICO scams and fraud.

Talk of South Korean internet conglomerate Kakao’s plans to launch an ICO outside of the country may have forced the hand of in-country regulators. A positive stance towards cryptocurrencies and ICOs could encourage large firms to continue their projects inside the country.

Given the voracious appetite for cryptocurrency trading in South Korea, the government seems to be taking baby steps towards a stance that will benefit all parties involved.

Much like U.S. regulators are working towards positive regulatory measures, South Korea’s government and financial regulators seem to be warming to the idea of a healthy blockchain sector in the country.

Further statements from these various players will confirm this stance, but at this stage the outlook is now far more positive than it had been in the early months of 2018.

With that being said, the FSC is still keeping close tabs on local cryptocurrency exchanges, which have been subject to probes over the past week.

Local news outlet Chosun reported that UPbit, the country’s fourth largest exchange by 24 hour trade volume, is being investigated for alleged fraud. The FSC is looking into the bank accounts of a number of exchanges, including Bithumb, to investigate allegations of money laundering and fraud through cryptocurrency exchanges.

Chosun quoted an FSC official who laid out some of the allegations against UPbit:

"The FSC is collaborating with authorities in other countries. Our latest findings show that the domestic exchange faked its balance sheets and deceived investors. The FSC is checking UPbit's computer system with prosecutors and the FSS to audit the exchange's virtual currency holdings."

The latest move comes at a juncture where there are calls for greater collaboration between regulatory bodies around the world. Nevertheless, FSC Vice Chairman Kim Yong-beom says regulators still see massive potential in cryptocurrencies, as reported by The Korea Times:

"Regarding the unique nature of cryptocurrencies, each country has its own assessment. That means an international discussion and cooperation among regulators to come up with policies on crypto-assets is necessary. We are seeing a steady development of blockchain technology thanks to its greater accessibility and efficiency. Because this technology has the potential to shake up today's regulations on securities, regulators have to respond to such a looming challenge.”