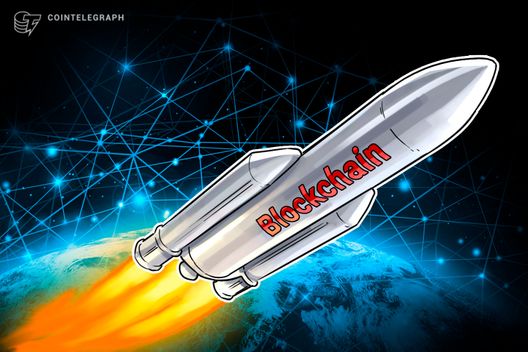 Two former JPMorgan blockchain executives have announced their own blockchain-based startup, currently in the process of fundraising.

Amber Baldet and Patrick Mylund Nielsen, both of whom held lead positions at JP Morgan’s blockchain platform Quorum, have announced the release of a new startup, Clovyr, where users can browse decentralized apps, developer programs, and distributed ledgers. Clovyr will be compatible with Quorum as well as Ethereum software clients Parity and Geth, with plans to add more in the future.

Baldet left JPMorgan in the beginning of April, with as-of-then unannounced plans to start her own company. She tells Fortune that the state of blockchain currently can be compared to the beginning of the use of public clouds – at first businesses built their own, only later changing to public clouds as security improved: “the conversation on the enterprise side right now feels a little bit like that.”

Clovyr is currently in the fundraising stage, but will not be holding an Initial Coin Offering (ICO) – Sorry, there’s no ICO,” says Baldet, but adding that Clovyr will help companies convert fiat into crypto if needed.

A multitude of Wall Street executives have recently been leaving their traditional financial jobs for the blockchain and crypto sphere. One former Goldman Sachs exec joined crypto wallet Blockchain.com in mid-April, while another reportedly left to join Mike Novogratz’s digital merchant crypto bank as COO.

Yesterday, May 14, Cointelegraph reported that the CFO of Australia’s Commonwealth Bank left the bank to become COO of blockchain software firm Block.one.