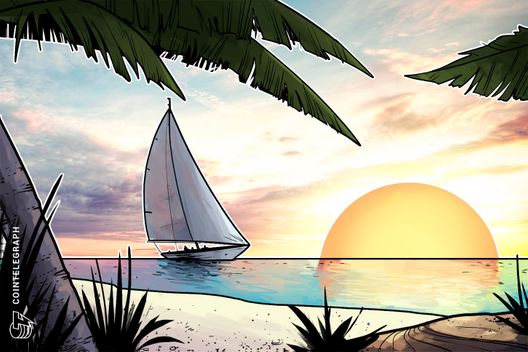 Binance’s co-founder He Yi has dismissed the sci-fi-esque claims of a Chinese fintech media platform that the company plans to build its own crypto nation on a private island.

Co-founder of Binance crypto exchange He Yi has dismissed the sci-fi-esque claims of a Chinese fintech media platform that his company has hatched a so-called “Genesis Plan.” The plan was to build Binance’s own blockchain-powered country on a private island, QQ News reports Wednesday, May 16.

The fintech media outlet, ‘Yibencaijing,’ reportedly a reputable platform, cited “insider sources familiar with the matter,” to corroborate its story. The sources allege that the company has already “bought an island” and has exciting plans to trial unprecedented blockchain applications in the crypto paradisal kingdom, where cryptocurrencies would be legal tender.

Yibencaijing’s pathos-ridden article suggests Binance has been hounded by the Chinese, Hong Kong and Japanese authorities, tormented by VC firm Sequoia, and forced to seek respite in the blockchain-haven of Malta, itself perhaps the real-world inspiration behind the story’s claims.

He Yi’s rebuttal of the outlandish claims emphasized that the company’s vision is indeed to “promote the legalization of the blockchain and crypto industries globally,” but that:

“The article [in question] is maliciously tarnishing the image of Binance and caus[ing] regulators in the country to have a bad impression of Binance. To create a country? It is absolutely absurd to fabricate such a story.”

Yibencaijing also cites a popular Chinese white paper that circulated in crypto circles this year, entitled "Republic of Blockchains," a project for a sovereign blockchain-driven country at the frontier of the UN, which would liberate mankind from the centralized nation state machine, dubbed “a cruel jungle law of mutual distrust.”

Binance is currently the world’s second largest cryptocurrency exchange by trade volume, and its CEO Zhao Changpeng has previously claimed his personal fortune is worth as much as $2 bln. The company has refuted claims it has tried to evade regulatory oversight by relocating its headquarters to Malta, stressing instead the positive outlook of the island’s robust and transparent crypto regulatory climate.

Bermuda Shorts is formal. It is comfortable and logical, much like the Bermuda's Virtual Currency Business Act that was passed yesterday. This is a historic moment. Thanks to @BermudaPremier (center) and his team, & Gabriel (left) for his massive silent contributions! pic.twitter.com/VANPqOtIZx