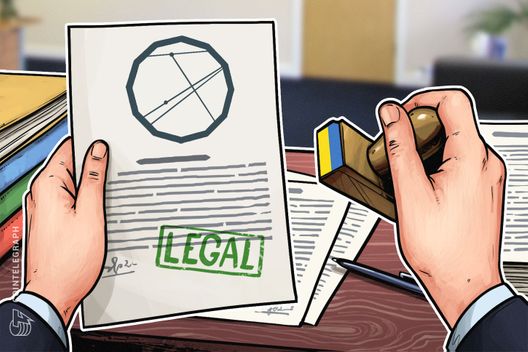 A Ukrainian member of parliament has invited citizens to comment on a draft legislation document for cryptocurrencies, which should be finished in “two weeks.”

Ukraine is preparing draft legislation to legalize cryptocurrencies, according to a post by a member of the Ukrainian parliament, Alexei Mushak, on his Facebook page Tuesday, May 15.

Mushak attached a copy of the draft legislation document, urging readers to comment on the terms of the regulations proposed for the crypto market:

"We go to the home stretch to create conditions for digital tokens and cryptocurrency in Ukraine. This is the outcome of many meetings and work of many people. There are many more nuances left to figure out. The final version will be ready in two weeks. I ask you to comment and edit. The thoughts of market practitioners are especially important.”

The document notes that the legislation aims to create a “free and transparent” digital asset market in Ukraine, outlining rules for storing, using, and exchanging cryptocurrencies, digital tokens, and smart contracts at a state, entity, and individual level. It proposes regulatory measures for preventing the use of crypto for money laundering, terrorist financing, and other criminal activities.

The document also advocates the use of digital ledger technology (DLT) - also known as blockchain - in the public sphere, singling out public relations, healthcare, and education as areas of particular interest.

Since it was posted, the draft legislation document has already drawn extensive comments from Ukrainian readers, with one raising the suggestion of regulating Initial Coin Offerings (ICOs) separately to other digital assets, given that “widespread fraud” in the ICO space has elicited a generalized distrust of the crypto sphere.

Mushak responded that there is as yet little consensus in the Ukrainian parliament as to how to treat ICOs, noting the concern that excessively stringent measures could stifle development.

In May, the Ukrainian National Securities and Stock Market Commission (SSMCS) announced it would consider recognizing cryptocurrencies as a financial instrument, suggesting that crypto regulations would for now need to be determined on a national level given that “international standards” are still “a long way off.”

In January, the National Bank of Ukraine (NBU) said it was “considering” introducing a digital version of its national currency, the hryvnia, but one that would not be a state-issued cryptocurrency, i.e. not based on a blockchain protocol.