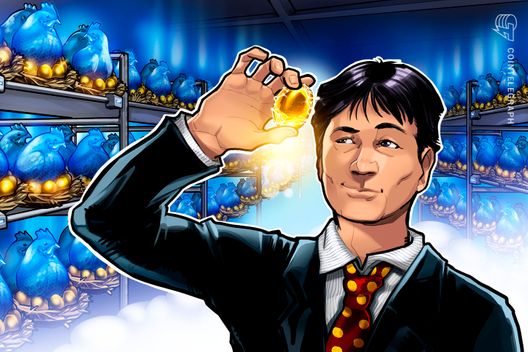 Cryptocurrency miners in the US and South Korea disguised as protected businesses to mine bitcoin with unfairly cheap electricity rates.

In South Korea, places such as chicken farms and factories in development restricted areas are provided with electricity at cheaper rates by the government to help struggling industries and support innovative technology-focused initiatives. The government is stricter with the usage of electricity in these areas and consistently monitors the inflow of energy into buildings, factories, farms, and houses near these specially approved districts.

On April 19, police in the Gyeong-ki province of South Korea, the second largest region behind Seoul, arrested operators of a mining center in Nam Yang city. An in-depth police investigation disclosed that five cryptocurrency miners, whose identities remain confidential as they are still in police custody, purposely rented out factories and chicken farms in the protected part of the city to receive electricity for substantially lower rates.

By disguising buildings as semi-conductor factories and several properties as chicken farms, the five individuals were able to mine cryptocurrencies like Bitcoin and Ethereum with virtually no cost apart from the ASIC miners they acquired and installed. In the Paju restricted development area, the five individuals rented out a 859 square meter building and applied to the government as a semi-conductor factory. For 8 months, the group utilized the space to mine cryptocurrencies with more than 1580 ASIC miners. In the later months of their illegal venture, the group recruited more than 40 individuals and rented out their ASIC miners to produce even more cryptocurrencies.

The group generated more than $300,000 by accepting ASIC miners from individuals within months but the actual sum of cryptocurrencies the group was able to produce throughout the 8-month period remains unclear.

Preliminary investigations undertaken by the Gyeong-ki and Paju police has shown that the group produced at least 760 Ethereum, which is worth more than $500,000, and a large sum of Bitcoin. The local police is still investigating into the final sum of money the group generated throughout the past year. The police has also discovered that the group only paid 50 percent of the normal electricity rate and received significant discounts for renting out the farms and factories.

Currently South Korea has no laws or policies approved that can punish cryptocurrency miners in development restricted areas. Minor charges could be applied to the five individuals, for using the space intended to carry out other initiatives, but no major penalties can be imposed as of now. To prevent similar situations from occurring in the future, the local police has requested the Ministry of Land, Transport and Maritime Affairs to draft and approve laws that prohibit cryptocurrency miners from taking advantage of districts and areas with cheaper electricity rates.

In the US on March 18, local authorities in the state of New York requested a cryptocurrency mining facility to halt their mining initiative after residents of Plattsburg, a small lakeside town in upstate New York, filed an official complaint to the police for the excessive usage of low-cost electricity by local miners.

The city of Plattsburg did not impose a permanent ban on Bitcoin mining however. Instead, local authorities and residents released a moratorium which states that the city will not consider applications for commercial cryptocurrency mining for at least a year and a half. Bloomberg reported that the city can charge more than $1,000 per day if miners decide to use low-cost electricity of the city to mine. The authorities of Plattsburg said:

“It is the purpose of this Local Law to facilitate the adoption of land use and zoning and/or municipal lighting department regulations to protect and enhance the City’s natural, historic, cultural and electrical resources.”

Another cryptocurrency mining facility was confronted by local authorities and a telecommunication powerhouse T-Mobile on Feb. 15 after it was revealed that ASIC miners from a mining facility based in Brooklyn interfered with the 700 MHz band of T-Mobile. The Federal Communications Commission (FCC) said:

“On November 30, 2017, in response to the complaint agents from the Enforcement Bureau’s New York Office confirmed by direction finding techniques that radio emissions in the 700 MHz band were emanating from your residence in Brooklyn, New York. When the interfering device was turned off the interference ceased. You identified the device as an Antminer s5 Bitcoin Miner. The device was generating spurious emissions on frequencies assigned to T-Mobile’s broadband network and causing harmful interference.”

At the time, the FCC gave the mining facility a 20-day notice to halt their operations and move elsewhere as the radio emissions released by the ASIC miners within the facility were negatively impacting local telecommunication networks.

YiCai: Regulators are asking local departments to report the current status of bitcoin mining companies under administration, and "guide the mining firms to exit in an orderly manner" by taking various measures from the aspects of electricity, land, tax, environmental protection

It is also not illegal to mine Bitcoin or any other cryptocurrency using electricity that is low cost. However, it is illegal to disguise cryptocurrency mining initiatives as a protected business in a development restricted area to take advantage of cheap electricity that is only provided to approved organizations and institutions. This is why South Korean authorities are currently drafting regulations to prevent mining facilities from taking advantage of cities with cheaper electricity.