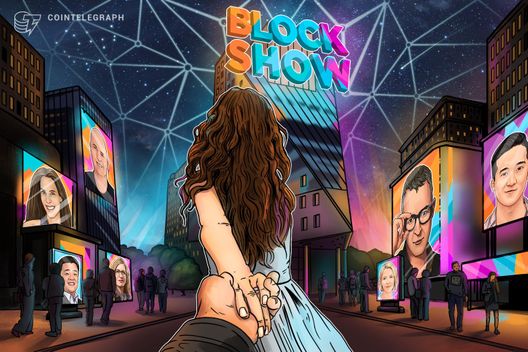 A week before the event, BlockShow Europe 2018 reveals some big news.

BlockShow Europe 2018 is fast approaching - time has come for some big news from the organizing team. Today, roughly a week before the event, we want to shed some light on what is waiting for more than 3000 attendees in Berlin on May 28-29.

Fresh arrivals & celebrities on board

First and foremost, the value of any conference is the quality of its speaker pool. For BlockShow Europe 2018, the organizers have brought together over 100 blockchain experts and practitioners.

Among the speakers BlockShow has in its lineup there is Jimmy Wales - the mastermind behind Wikipedia, one of Time Magazine’s "100 Most Influential People" and simply one of the people who made the Internet look like we are used to see it. Having a huge influence on the crypto scene, Jimmy has been experimenting with digital currencies since 2014, the same year Wikipedia and the rest of the Wikimedia Foundation have included Bitcoin as a donation option, driving the adoption of cryptocurrencies.

One of the most important part of an event is to put speakers into a program that is interesting both for the audience and for the speakers themselves. The Blockshow agenda this year aims to cover major aspects of today’s blockchain scene, and will include the following panel discussions:

BlockShow Europe 2018 also features a networking app. The app is designed specifically for all Blockhow attendees to connect and network before and during the event. Each user will be able to filter attendees based on their expertise and role - for example investor, startup, crypto fund, etc. - and organize business meetings according to their preferences. The app can be a useful tool for attendees to create business, and forge professional and creative partnerships in the crypto industry.

Of course, a BlockShow can’t exist without an element of show in it. During April and May 2018, BlockShow held a large-scale meetup tour across major European cities. The goal of the tour, among others, was to meet promising blockchain startup and determine which of them will join the grand finale of the ‘BlockShow Oscar’.

The Blockshow Oscar is the event’s traditional startup competition, where each company gets the opportunity not only to gain visibility among the blockchain community, but also to compete for the main prize – this year, the winner will get 50000 euros.

The list of the BlockShow Oscar finalists has already been revealed: it includes companies such as Altpocket, Shelf.Network, Seal Network, NeoPlace, Coin Governance System, Give Bytes, Enecuum and Dattabot.

BlockShow Europe 2018 is just around the corner - if you want to join the conference and immerse yourself into the blockchain environment, hurry up - the last price increase is coming in 5 days. Meanwhile, you can also visit the official BlockShow website for more information and follow the event on social media. Looking forward to seeing you in Berlin!