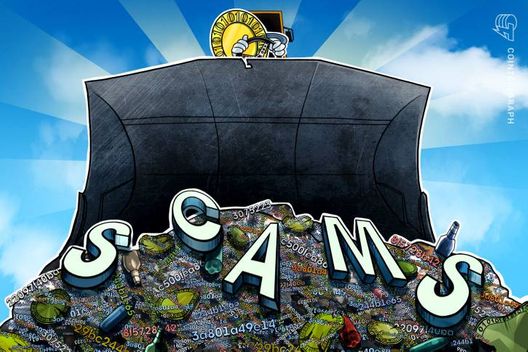 US and Canadian state and provincial securities regulators have opened probes into potentially fraudulent crypto investment programs in what has been dubbed “Operation Cryptosweep”, according to a press release May 21. The latest crackdown on suspicious crypto investment products is reportedly the largest such coordinated investigation by state and provincial officials.

Regulators from across 40 jurisdictions coordinated by the North American Securities Administrators Association (NASAA) have initiated up to 70 investigations, with more to come in the following weeks. Securities regulators have reportedly warned as many as 35 companies about violations of state securities laws with some cases resulting in cease-and-desist actions.

NASAA, which released a warning for Main Street investors regarding the risks associated with crypto and ICOs early this year, said the probe is focusing on suspicious cases of initial coin offerings (ICOs).

According to the Washington Post, investigators discovered about 30,000 crypto-related domain names in recent weeks, most of which were registered last year when the Bitcoin (BTC) price reached its all-time-high of around $20,000.

Alleged scams have reportedly used fake addresses, flashy marketing materials, and guarantees of up to a 4 percent daily interest rate, while failing to report the potential risks of crypto-investments. Some fraudulent ICOs even used fake celebrity photos to endorse their product.

The president of NASAA Joseph Borg stated that regulators do their best to stay one step ahead of potential security violations, noting that not every ICO or cryptocurrency investment is fraudulent.

"We’re putting ourselves in the shoes of investors. We’re seeing what’s being promoted to investors. And then we’re taking the next step and then we’re finding out whether they’re complying with securities laws."

Earlier in May, the US Securities and Exchange Commission (SEC) launched a fake initial coin offering website to increase awareness of the typical warning signs of scam ICOs and to promote investor education.