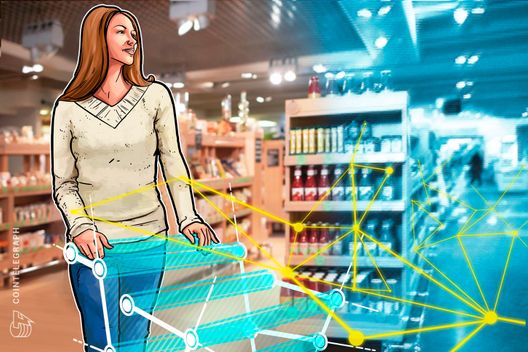 A company plans to cut waste by helping retailers manage stock levels with “pinpoint accuracy” and creating a generation of “smart consumers.”

A platform is combining “cutting edge” artificial intelligence (AI) with the “immutable reliability” of blockchain to create a system where retailers and manufacturers can predict whether they are overstocking or understocking products – an issue estimated to cost the industry $500 bln a year.

Shoppers also stand to gain from the platform, as its digital assistant would provide reliable information on a product’s origin, ingredients, traceability, and price through a tamperproof ledger. OSA DC says this will create a new era of retail where “smart consumers” can make intelligent decisions and enjoy the same level of influence as the manufacturers and retailers who receive their hard-earned cash.

The principle of preventing overstocking would also be applied to OSA DC’s consumer-facing system – and in time, the company believes its AI-driven digital assistant could help shoppers manage their purchases and reduce domestic waste. Its white paper cites research that claims 30 percent of items bought worldwide never end up being used.

Based on a successful platform

OSA DC says its ecosystem is based on a hybrid platform which has already generated $1 mln in revenue and enjoyed success with 20 manufacturers and retailers. The company claims its service has helped global names such as Danone, L’Oréal, Coca-Cola, JTI, Mars and SunInBev increase sales by an average of 5.4 percent.

A decentralized system has been described as “the next evolution of the platform” as tokenizing services and implementing blockchain technology would “improve it even further.”

According to OSA DC, its blockchain-based platform and utility token satisfies Vitalik Buterin’s standard of a good project, with the company adding that it is holding an “ICO with purpose.”

Mr. Buterin, who founded Ethereum, has said many initial coin offerings are flawed, even claiming that 90 percent of newly launched ERC20 tokens will fail because they incentivize community members with passive income and lack a clear business model.

OSA says that it makes no promises that its token will generate passive income for users. However, it does plan to reward consumers who make contributions to its network and provide data that will help enrich its artificial intelligence models.

Addressing another issue which Mr. Buterin says is a fatal flaw in crypto-based start-ups, OSA says the promise and clarity of its business model is illustrated by the success it has enjoyed to date. The company is targeting retailers and their supply chains simultaneously, charging set fees whenever its services are integrated into their existing infrastructure. OSA DC’s network is going to be maintained through additional upkeep and transaction fees.

OSA DC recently announced that it has established a partnership with Neuromation, which has developed advanced computer vision technology based on synthetically labeled datasets and trains neural networks. Its services would be used to build OSA DC’s image recognition software, allowing its AI systems to control responses in real time to predict availability for shoppers at the store.

Registration for the whitelist of OSA’s token sale began on March 20 and closed on May 15. The public presale is being held from May 21 to June 21, with a bonus offered to early contributors. The main crowdsale is scheduled to begin on June 21, lasting throughout July unless its hard cap of $40 mln is met earlier.