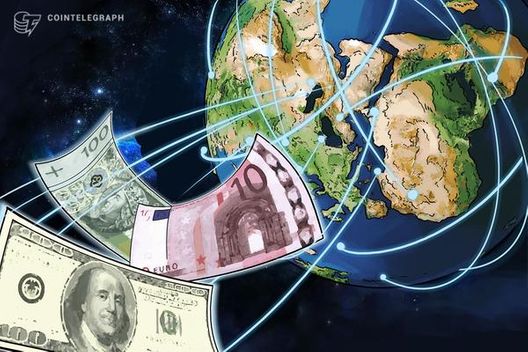 German bank Commerzbank and steel company Thyssenkrupp have completed a €500,000 pilot transaction of a forex (FX) forward on a blockchain, reported Cointelegraph auf Deutsch May 24.

The EUR/PLN forward deal worth €500,000 with a one month tenor was initiated by Thyssenkrupp on the Commerzbank's FX Live Trader platform on Wednesday. The transaction was then confirmed directly through Corda, a distributed ledger technology (DLT) of the R3 blockchain consortium.

The use of blockchain technology, which underpins the Bitcoin virtual currency, could help reduce delays and manual errors, as well as "significantly reduce operational risks in foreign exchange transactions", according to  the Commerzbank website. This eliminates the need for transaction synchronization because the transaction is stored as a single, unchangeable record.

“Significant resources are dedicated to resolving the issues that occur during the matching process. This deal demonstrates how the use of distributed ledger can transform and digitalise the processes in this space.”

Banks and financial institutions globally have recently been running blockchain pilots for various types of transactions. In late April, Spanish Bank BBVA became the first global bank to issue a loan on a blockchain. The bank stated that using a distributed ledger cut the time to process the €75 mln loan from “days to hours”.

Argentinian Banco Masventas (BMV) recently announced a partnership with blockchain-based financial services provider Bitex, which will enable clients to use Bitcoin as an alternative to SWIFT in cross-border transactions.