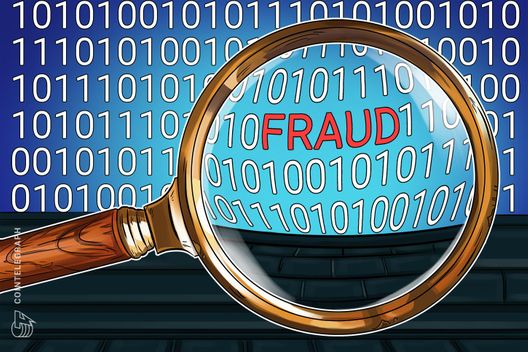 South African Police are investigating an alleged crypto ponzi-scheme in which over 28,000 investors are said to have suffered losses exceeding $80 mln.

South African Police are pursuing an alleged major cryptocurrency investment fraud, according to a police statement released yesterday, May 25. According to the statement, over 28,000 investors are said to have suffered losses exceeding 1 bln rand ($80.4 mln).

The Hawks, an investigative unit of South Africa’s Directorate for Priority Crime Investigation (DPCI), have outlined the case, which they say involves “BitCaw Trading Company, commonly known as BTC Global”:

“[Targeted members of the public are believed to have been] encouraged by BTC Global agents to invest with promises of 2% interest per day, 14% per week and ultimately 50% per month. Payments were allegedly made every Monday. Some of the investors got paid in terms of the agreement. However, the payments suddenly stopped.”

Based on these unrealistic promises, a 4% referral program, and other warning signs, marketing agency SEO Spark last year contended that BTC Global was a fraudulent Ponzi-scheme, predicting investor losses.

BitCaw Trading has denied the company has had any involvement with BTC Global, telling Bloomberg that “BitCaw Trading […] do[es] not manage third-party money or offer any kind of investment […] We are shocked to see our name connected with [the alleged scam].”

According to BTC Global’s website, the blame for the abruptly terminated payments lies with an elusive former admin member, who the company claims it “cannot locate,” continuing:

“We are as shocked and angry as everyone. But we all knew the risks involved in placing funds with Steven. We all became complacent with Steven. And all of us funded him independently. Until Steven Twain resurfaces or is found there is nothing the admin team can do...”

The Hawks’ Lieutenant general Yolisa Matakata is calling on any further affected investors to come forward. “This may prove to be the tip of the iceberg with potentially thousands more yet to discover they’ve lost money,” he said in the statement.

Yesterday, May 25, Cointelegraph reported that South Africa’s central bank has chosen to call cryptocurrencies “cyber-tokens” because they “don’t meet the requirements of money.”