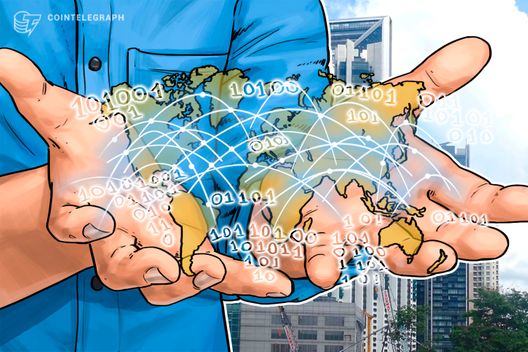 Deloitte has analyzed over 50 potential blockchain use cases in the retail and consumer packaged goods industry, concluding that the “potential impact” of the technology “is huge.”

A new report issued by audit and consulting firm Deloitte has found that blockchain technology will become a critical asset to the retail and consumer packaged goods (CPG) industry. The report analyzed over 50 potential blockchain use cases and suggests that the “potential impact” of the nascent technology “is huge.”

According to the report “New Tech On The Block”, blockchain will become “a standard operational technology across the financial, manufacturing and consumer industries,” saying that the next five years will be “a tipping point” as businesses begin to grasp blockchain’s potential. The report emphasizes that businesses should assess whether their strategic objectives warrant blockchain investment, adding that those who do not at least consider the possibilities are “at risk of falling behind.”

The report tackles the rationale for blockchain across three main areas - consumer, supply chains, and payments and contracts - scoring each in terms of the added-value that blockchain systems could create. Although it focuses on business adoption, the report nonetheless highlights that:

The report cites figures from market research firm Gartner that estimates that blockchain’s business value‐add will grow to $176 bln by 2025 and exceed $3.1 trln by 2030.

Focusing on the retail and CPG supply-chains, Deloitte argues that the technology can resolve the four so-called major “pain points” of the industry, these being traceability, compliance, stakeholder management, and flexibility. The report suggests that as an auditable, immutable, and disintermediated system, with smart contract operability to boot, blockchain can effectively address all of these areas.

Earlier this month, the CEO of delivery services multinational FedEx gave a speech in which he affirmed that blockchain is “the next frontier that’s going to completely change worldwide supply chains.”

The world’s second largest software company Oracle announced this month it would be offering blockchain products, including those suited for supply chain management for pharmaceutical companies. In April, electronics giant Samsung revealed it intends to use blockchain in managing its global supply chain.