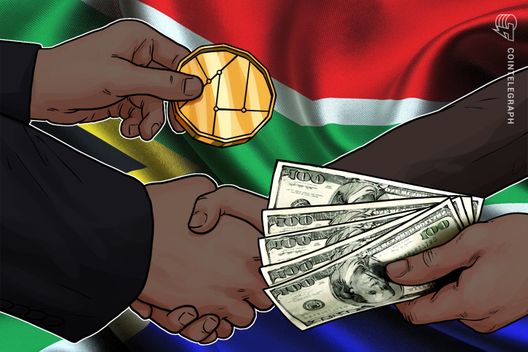 A major South African investment firm with 180 billion rand ($14.5 bln) under management has revealed that it will launch a cryptocurrency exchange later this year.

Sygnia Asset Management, a major South African investment firm with 180 bln rand ($14.5 bln) under management, has revealed that it will launch a cryptocurrency exchange later this year, BusinessTech reported May 25.

Sygnia CEO Magda Wierzycka said the company would launch its cryptocurrency exchange, dubbed ‘SygniaCoin,’ in the third quarter of 2018:

“The cryptocurrency market is evolving at a rapid pace internationally and domestically, and is attracting both domestic and international flows. With its fintech focus, Sygnia is well-positioned to become the first major financial services institution to embrace cryptocurrencies and to offer investors a secure trading and execution platform backed by an international infrastructure, well-designed custody and integration with standard savings products.”

Wierzycka placed an emphasis on security and regulatory compliance, which she considers “will evolve” in the South African context. She noted that the South African Revenue Service (SARS) has already stipulated that crypto trading is liable to tax, and that she expects further domestic crypto regulatory frameworks to follow.

Meanwhile, SygniaCoin will base its policies on the existing regulatory framework currently adopted by crypto exchanges registered in New York State, namely the stringent NY BitLicense, which was introduced in August of 2015.

In addition to trading, Sygnia will create a dedicated fund that will invest in a range of cryptocurrencies on behalf of its retail and institutional clients. Sygnia investors will also be able to hold cryptocurrencies in their Sygnia accounts alongside their other assets.

Just this week, South Africa’s central bank (SARB) declared that cryptocurrencies are “cyber-tokens” because they “don’t meet the requirements of money.” The announcement followed upon SARB’s establishment of a fintech task force earlier this year that will be dedicated to addressing crypto regulatory issues.

In April, the central bank further established a self-regulatory organization to oversee developments in the crypto and fintech industries aimed at preventing ‘systemic risk,’ although the bank stressed it was cautious not to “throttle growth” in the burgeoning crypto sphere.