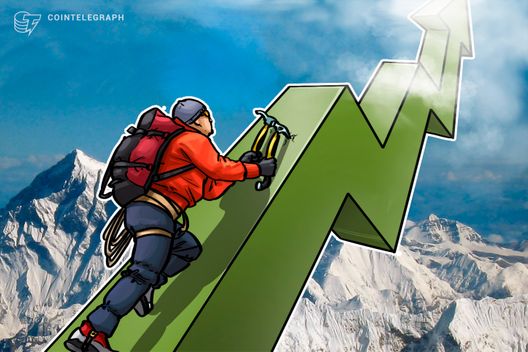 Crypto markets are slightly up, all top ten cryptocurrencies by market cap are in the green.

Tuesday, May 29: crypto markets are steadily rebounding with all top ten coins listed on Coinmarketcap in the green.

After hitting monthly lows yesterday, Bitcoin (BTC) is slightly up 3.94 percent over the past 24 hours, trading at $7,513 at press time. Ethereum (ETH) has seen a more significant growth of almost 9 percent over a 24 hours period, trading at $571. Still, the major altcoin saw a major decline over the course of the past week, down 12 percent. 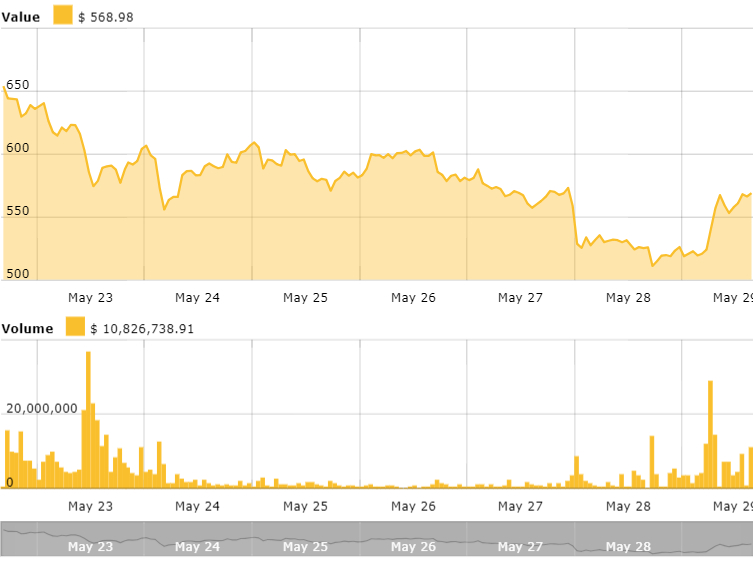 The biggest winners among top ten coins are Cardano (ADA) and IOTA (MIOTA) that have have gained 15-16 percent over the past 24 hours. ADA and  MIOTA are trading at $0.20 and $1.62 at press time, respectively.

EOS is up 1.9 percent over 24 hours, trading at $12.37. Earlier today, Cointelegraph reported that leading Chinese cyber security company, Qihoo 360, detected a number of vulnerabilities on the EOS blockchain network to remote attacks on EOS nodes. The launch of the EOS mainnet, which was originally set for June 2, has reportedly been postponed until the vulnerability is fixed.

Last week, blockchain venture capitalist Spencer Bogart predicted that Bitcoin will be trading “at least” above $10,000 by the end of 2018. Bogart said he would sell altcoins like Cardano, TRON, IOTA, and NEO, because he thinks they are “over-promising and under-delivering.”