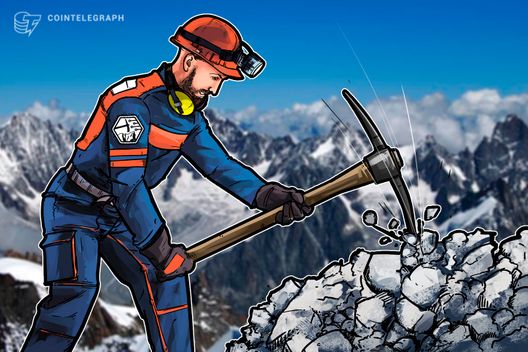 A company is opening mining facilities in unused buildings across the Swiss Alps to make it less energy intensive and more cost effective.

A company believes it has found a way to reduce the impact that blockchain-driven businesses and mining for cryptocurrencies have on the environment: open specialist facilities in the Swiss Alps.

According to Swiss Alps Energy AG – or SAE for short – the energy-intensive nature of mining is one of the biggest issues facing the blockchain community today. Meanwhile, thousands of unused buildings in the region are disintegrating, creating the perfect opportunity to solve two problems at once.

Its proposal would see mining power and blockchain infrastructure installed in empty premises across the Swiss Alps in the form of a “sophisticated modular cube system.” The company claims these pre-fabricated structures are flexible, automated and require little maintenance, with a central management platform ensuring that each cube’s mining potential is maximized.

The Swiss Alps Mining (SAM) cubes would be based at locations with a high altitude, with an intuitive system known as the Organic Rankine Cycle (ORC) recovering energy by using up the heat that is wasted during the mining process. SAE claims that no additional air conditioning systems would be required in any facility – and estimates that the amount of energy consumed could be drastically less than what’s currently possible at similar installations.

Switzerland: “Growing into the center of blockchain”

SAE says there are many reasons why Switzerland has become an attractive destination for mining. Not only is the country safe, with its market growing to accept the potential of blockchain and cryptocurrencies, but it boasts a “good and cheap supply of renewable energy.” The company says that long-term, wholesale purchasing agreements – when coupled with its very own hydropower plants – could result in “highly profitable” mining, especially considering that one of its biggest costs would be greatly diminished.

The company plans to rent out entire SAM cubes, or part of their capacity, to individuals and businesses – with option to make a purchase. Those who buy a SAM cube would be able to operate it remotely in the Swiss Alps or deploy it elsewhere.

According to SAE, this system offers great potential for return on investment. As an example, it claims that someone who invests $65,000 could potentially see a total return of more than $235,000 within three years.

Under a separate service, its customers would also be given the opportunity to join SAM Smart Mining – also known as SamaiX. This artificial intelligence (AI) system would regularly perform calculations to establish which coins can offer the greatest profitability when mined, with users receiving recommendations so they can adjust their strategies accordingly.

SAE believes that its solution could help preserve Swiss cultural heritage – creating an incentive for old buildings and structures to be saved from decay. Although the country’s stunning scenery is regarded as vital for tourism, many of the barns that were once used for farming no longer serve a purpose – becoming a burden for people who own them. It is hoped reclaiming these assets and giving them a new lease of life would provide a boost for local economies and result in a “digital transformation.”

As of February 2018, the first SAM cube is in operation – and initial buildings where they will be housed are being rented. The company hopes to begin renting further buildings, and start leasing cubes for the first time, in the coming months – paving the way for cubes to go on sale at the end of this year.

Its private sale began in May, with its open-ended initial coin offering commencing in June, with the goal of $96 mln being raised across four stages.