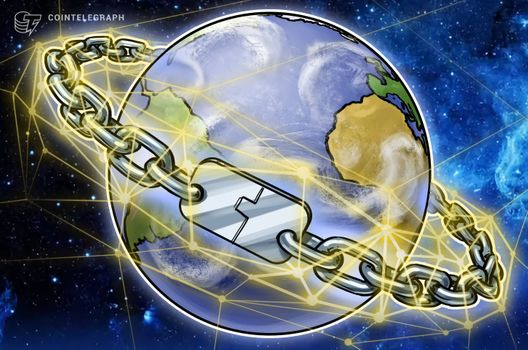 Cloud-based supply chain company Tradeshift said it would push blockchain development with cash it received from its latest funding round Wednesday, May 30.

The Series E round, which included Goldman Sachs among its major contributors, was worth $250 mln, bringing the total investment funding to over $400 mln.

Identifying key areas for growth, Tradeshift noted both blockchain and artificial intelligence, which it will pursue via its Frontiers innovation lab which it launched in January this year.

“We have always believed that the future of supply chains is 100 percent digital and that connecting trade is just the first step to a digitally connected economy,” Tradeshift CEO and co-founder Christian Lanng said in an accompanying press release, continuing:

“This investment will enable us to continue our rapid growth and consolidate our leadership position. We welcome Goldman Sachs and PSP Investments as our newest investors and look forward to their valuable contributions as we enter our next growth phase.”

The move paves the way for further integration of blockchain technology into the trade supply chain industry, something which various major corporations, banks and governments are already examining.

Goldman Sachs’ investment choice is also pertinent, coming at a time when the conglomerate is seeking to enhance both its blockchain and cryptocurrency exposure. Earlier this month, an executive appeared to confirm Goldman would soon launch Bitcoin futures and subsequently offer more direct investment options.